As one of my friends said, "Laura takes Halloween to a whole different level."

What can I say? I like to make a statement.

Last year I was RBG, and this year, I decided to be Moira Rose from Schitts Creek.

I have long admired Catherine O'Hara's work from the days of Beetlejuice to A Mighty Wind. When Schitts Creek came out, I watched it for her, and then I fell in love with the whole cast.

So this year, in honor of the woman who lost her wealth but has found so much more in Schitts Creek... I present... Moira Rose. 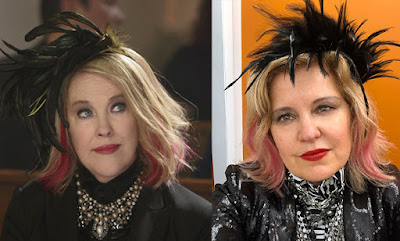 To turn myself into this fabulous icon, I had to find the right outfit. Moira is a fashionista and I wanted to do her right! I found that most of her clothes are black and white, which is a statement unto itself and how she sees the world, but there are some episodes where she'll stray. Her feathery champagne gown for The Crowening premiere was such a departure for this stark fashion maven, and I love seeing how Dan Levy reveals this character through her clothes: 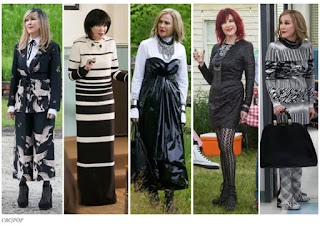 So I dove into my closet, looking at all my black and white accoutrements. After trying several options, the one that called to me was black leather pants, patent leather platform heels, a black and white tiger striped blouse, tons of jewelry,  black nails, a sequin jacket, and a feather hat to honor The Crowening. 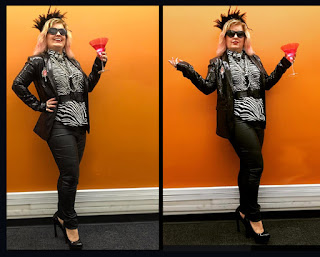 I even brought some glasses for her day-wear look: 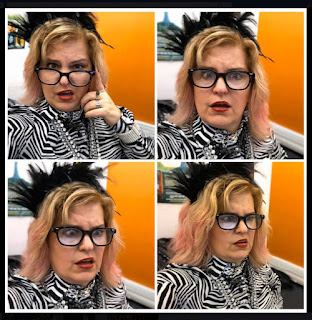 I discovered so many little details: like how she wears bracelets on TOP of her clothes: 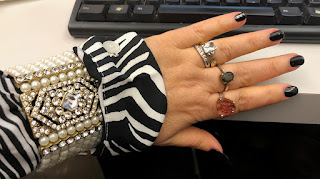 She also never wears low-cut tops. Almost everything is close to her neck.

My friends insisted I wear a broach, but the only one I had belonged to my husband, which he wore at the Pennsylvania Renaissance Faire as the Lord Governor Malice. I decided at the last minute that a splash of red would still work, and it's a nice way to honor my husband's character work as well. :) 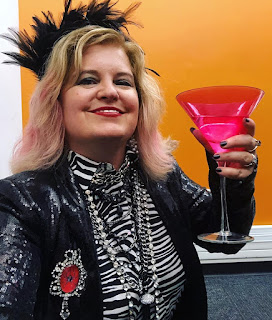 My mom insisted on the red lips. OF COURSE! And the big thing that came with "becoming Moira" today was that I discovered this tenacious confidence of the character that comes from a combo of dressing boldly and simply putting yourself out there. Moira's humble beginnings have often been hinted at, but one of my favorite episodes is when she tells the director of The Crowening that the film can be much more than a paycheck. She puts her all into everything she does, and the results are wondrous!

I've been working on songs for a concert tonight of the new musical, Starcrossed, and I've had some yummy epiphanies:

1) If you find yourself getting in your head about some challenging music, go back to basics and Make Some Noise!

My nieces just turned one, and they LOVE using their voices! Even though they don't have words yet, they really love to holler in joy. They could teach a rock n roller how to let loose with awesome high notes that go from a screech to a trill!

And it reminded me, just have FUN making sounds!

I have a song that's very wordy and it sits on my break (where my voice changes from low to high registers), so it's a lot to tackle. My voice coach, Andrew Wheeler (below with his adorable French bulldog, Oscar), advised, "Slow the song down and feel the vibrato on each note." 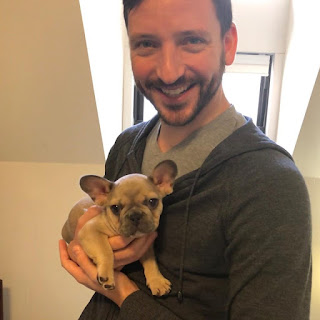 Slowing things down gives you a chance to find the placement of the note in your voice and can help you learn a fast song much easier than speeding through it.

Speak the song out like a monologue to gauge, "What am I trying to say?" That's also helpful in gauging your character want and how they're using the song to achieve that desire.


I also realized that no matter how much we prepare, we're never as ready as we wish we were. That's why Bonnie Gillespie's anthem of "Launch at 85%" is so helpful. There's no "perfect moment" to perform. You have to go from where you are right now, using the tools you have, knowing you've practiced as much as you can. 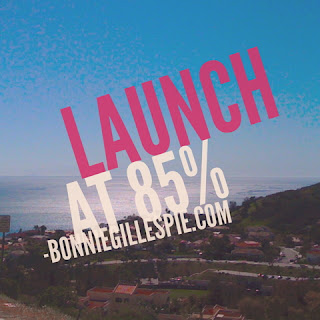 Just go out there, have fun, and know that YOU ARE ENOUGH.

Music Makers and Dreamers of Dreams

I've done a lot of recordings this year, and it's been very satisfying to get paid for singing songs! :)

I am so thankful to be working with my coach, Andrew Wheeler, who's helped me grow as a singer and performer.

Here's a little taste of a country-western-pop-rock musical I'm working on with Clare Cooper, whom I worked with on Jaws the Musical. This is from Black Crook: 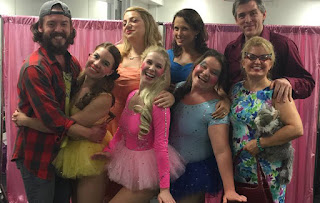 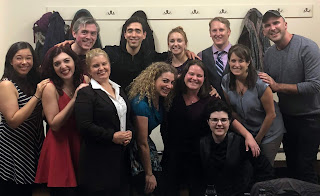 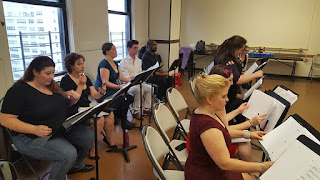 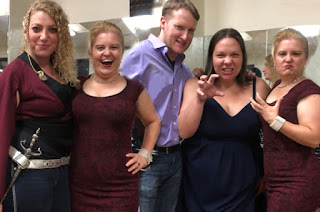 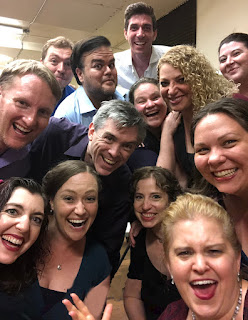 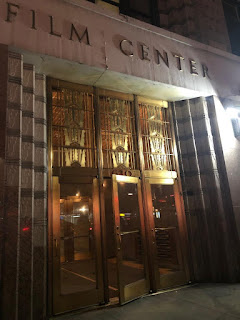 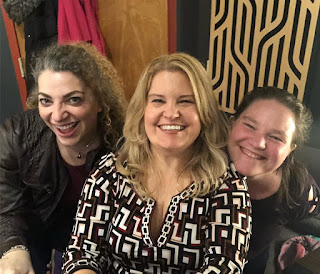 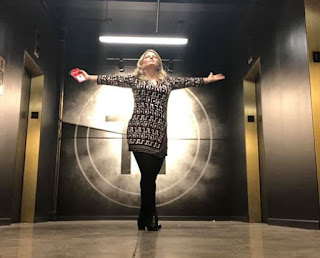 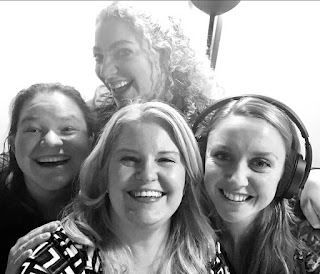 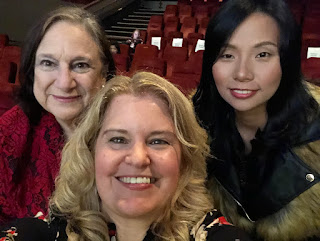 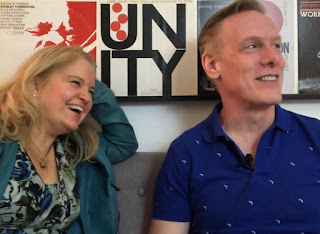 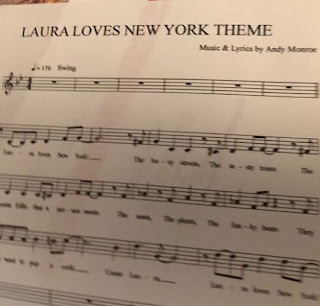 I can't believe we're in the middle of January 2019 already! Zoom!

At the end of last year, I interviewed actress-writer-director Tanya Perez, whom I met via Bonnie Gillespie's Self Management for Actors (The NY Ninjas). Tanya's a trailblazer, and when I met her, she'd already been on hit shows like Orange Is the New Black, Marvel's Jessica Jones, Law and Order and Blue Bloods. And last year she started making her own movies.

She shared the screenplay for Veronica with me earlier in the year, so I had an idea of what the film was about, and it was exciting to see how the film transformed on film! Such an incredible story about a woman trying to find a sense of identity.

All year we were trying to get together to film our interview for my web series, Laura Loves NY, but we've both been so busy! It took all year to make it happen, but it was well worth the wait. We sang and danced our way through Central Park on our way to the Alice In Wonderland statue which had special meaning for us both. Such a playful, wonderful day!

It was a joy to edit this piece to kick off Season 2 of my show. What a great way to start the New Year!
Posted by Laura at 1:24 PM No comments: