It's been a really great year. I went from auditioning steadily to performing steadily. And I got to work in all these great spaces like the Jerry Orbach Theatre at the Snapple Center, The Mint Theater, the June Havoc Theatre at Abingdon, the gorgeous theatre at 80 St. Marks, and the Midtown Theatre at HA Comedy Club. I also performed in staged readings and mini concerts at Ripley Grier and Pearl Studios. And I wrote a sketch for and performed at The People's Improv Theatre. 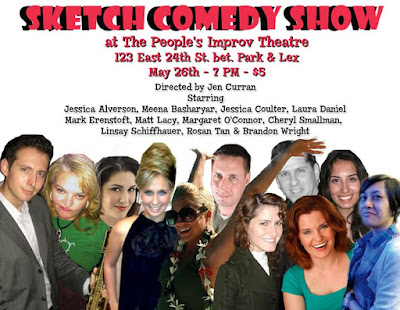 These are all places where I've auditioned for gigs since my arrival in NY, so it was an accomplishment to be hired to perform in these theatres, to completely claim the space and fill it with such wonderful characters. 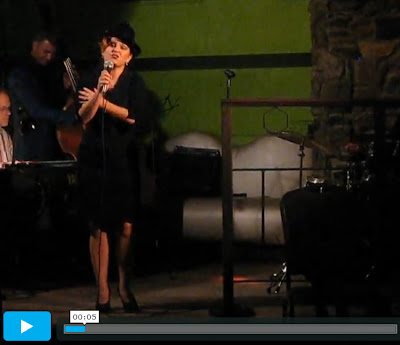 And the characters! Wow! I feel so fortunate to have played Judy Garland and Janis Joplin in "Hell's Bells," a Bette Midler impersonator in "Maybe This Time," the patient, upbeat wife in "Steve Cohen and the Sweet Spot," and a punk rock mom in the musical, "How to Marry a Divorced Man." 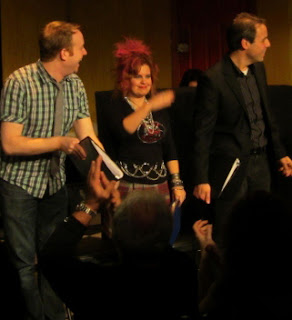 I also had the pleasure of revisiting "The Tragic and Horrible Life of the Singing Nun" in Andy Monroe's birthday concert for The Trevor Project, and got to sing one of his other songs from "Garbo Talks." 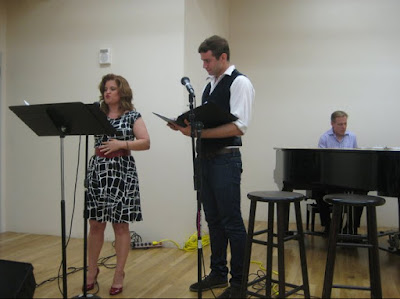 I had 2 films come out this year. One was a short I made a few years ago, playing a New York laundress in "Laundry." It was shown in various "Women in Film" festivals throughout New York, thanks to director Julia Suo. 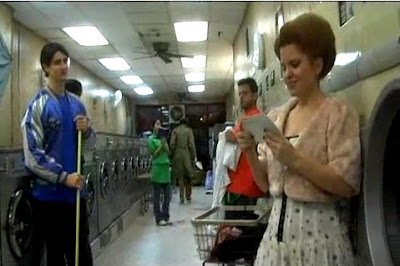 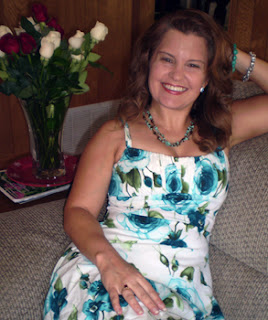 Thank you to all the great directors, writers, casting directors and producers for inviting me on these wonderfully wild and creatively fulfilling rides!

In the midst of it all, I've shared great adventures with my husband and partner of countless years, Rob. We went to Vegas last year for his job and are looking forward to visiting again this year. 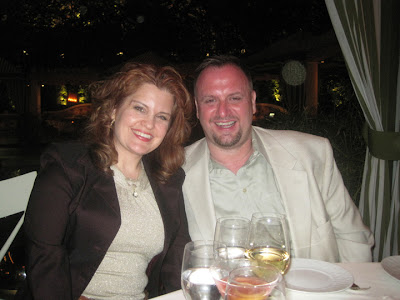 I have also learned a lot from my support job in the business world. It's funny because my Committed Impulse teacher, Josh Pais, had recommended a few years ago to treat each job we do as if preparing for a role, to be completely present in each circumstance. My brother, who's a drummer for Hippie Cream, has also recommended this. And you know what's happened? I've found I'm able to apply the business skills I'm learning from my day job into my acting gigs, and I'm able to apply my acting skills to my business gig. I'll even be teaching improv and role-play workshops there in 2012!
It's really fascinating how opportunities present themselves when we're open to them.
So what have I learned this year? A sense of focus and trust, of being driven and putting my foot on the gas coupled with being open and letting go.
It's a wild ride, this life, and I can't wait to see what's around the next corner!
Happy New Year!
Posted by Laura at 4:08 PM 1 comment: 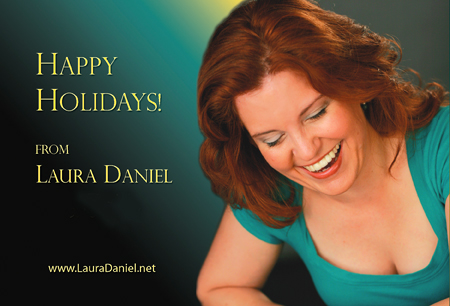 Tale of a Tribute Artist: "Maybe This Time"

I've been so busy! I haven't had a chance to write about the staged reading of the screenplay for "Maybe This Time." It was a few weeks ago, and it was such a blast! 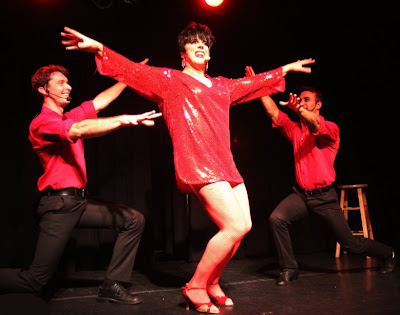 Written by Marco Kujovic and Richard DeFonzo, it's a lovely romantic comedy about a Liza Minnelli impersonator and his quest to find true love.

I was going to say this was my first show working with a tribute artist, but looking at the shows I've done, that's not entirely true! 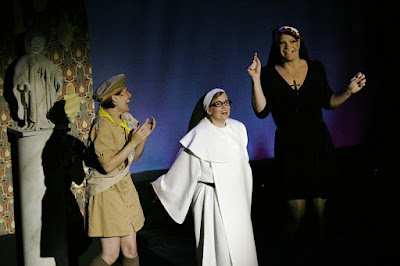 In Hell's Belles, I worked with 2 ladies who were marvelous impersonators of everyone from Marilyn Monroe to Ma Barker with shades of Ethel Merman. :) It was my incredible pleasure to take on Judy Garland, Janis Joplin, and a host of other iconic women.

For "Maybe This Time," I played a Bette Midler impersonator and the best friend of the lead character. 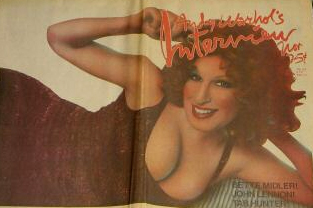 We didn't wear any costumes for the reading, but it was incredible to watch the men transform with their voices and bodies, "becoming" Liza, Cher, Joan Rivers. And I felt the same way as Bette.What a blast to play such a larger than life lady!

It was such a privilege to work with such talented folks!

Ooh! I must amend the costume comment! There was one costume piece that Richard brought: a white hat he wears when he plays Liza in his solo show. In the screenplay, there's a moment in the movie where the lead character goes to great pains to prepare for his entrance onstage as Liza, and the final moment is donning that fabulous white hat. 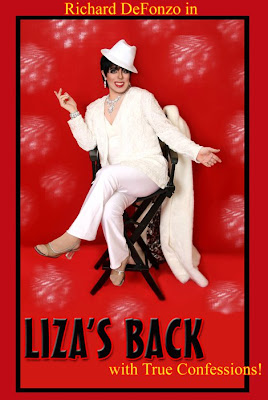 When Richard put that hat on.... I got chills.

It was magnificent, and I wish these gentlemen the very best as they work to get their film made. It was a pleasure to be part of the process of having it seen and heard.

Next Up: Playing Bette 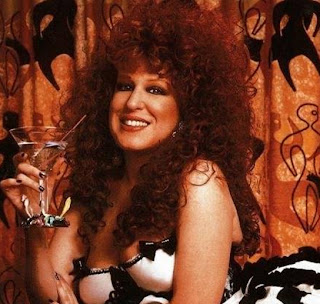 It's a delicious romantic comedy about a Liza Minnelli impersonator named Robert who's looking for love "in all the wrong places." 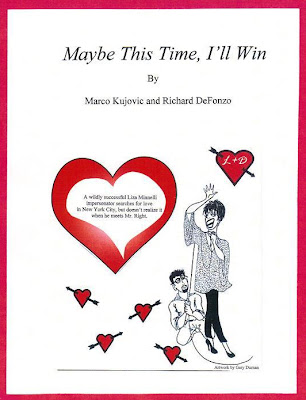 The film chronicles his adventures in and out of love, and I play his best friend, Mona, who's also a bit of a matchmaker. I have some really fun scenes, and am having a blast with the cast.
The reading is Dec. 5 at 7 PM at Ripley Grier Studio "L" on 520 Eighth Ave.

Hope to see you there!
Posted by Laura at 6:29 PM No comments:

I recently played a punk rock mom in the staged reading of the new musical, "How To Marry a Divorced Man," and I have to tell you, Pink is my new favorite color. 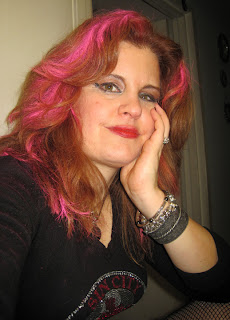 When you're doing a reading, it's often a bare bones production. No set. The actors read from the script for an audience of industry people. And costuming is incredibly minimal.
But for Glenda, the character I played in "How To..." the writers said, "Go for it!"
For the first reading, I sprayed pieces of my hair pink, pulled out my black leather motor cycle jacket and chained belt that I had first bought when I moved to New York, put on some hot red pumps, and went to town!
For this second reading at the Mint Theatre, I decided to go even  further. Since I had more time, I was able to explore what kind of punk rocker Glenda would be. I had recently read about Mara Rooney's transformation into Lisbeth Salander for David Fincher's upcoming film of "The Girl with the Dragon Tattoo," and it was helpful to hear about the process. 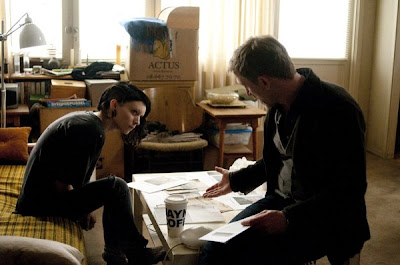 Lisbeth is an incredibly edgy punk, so costume designer, Trish Summerville focused on her dark porcupine aspect. As David Fincher said, Lisbeth is not a "look at me" kind of punk, which that made realize that Glenda (for "How To....") IS, so I went even more colorful with her. 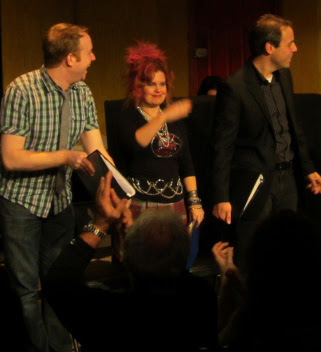 I put my hair up into a faux Mohawk, sprayed it pink, pulled out a red plaid skirt and piled on the spangles and bangles. I felt like a peacock, which was perfect for Glenda!
I also let loose with her vocally, finding more of a raspy speaking voice coupled with a rockin screech for her song when she tries to make a comeback in a punk rock club.
Interestingly enough, I also got to sing this delicious love ballad in the first act, which you wouldn't think would come out of this rough-n-tumble character, but I love that the writers took her there, to a deeper place of lost love. It was a great moment.
The reading seemed to go well. It's fun to be part of a show in its early stages, rolling with the script changes and finding more nuances every time it's done.
I had a blast! And I'm looking forward to the next colorful character I'll be pulling out of myself and my closet. ;)
Posted by Laura at 5:49 PM No comments: