"Do Re Mi" at Musicals Tonight

The old adage, "Let's put on a show!" could easily be applied to Musicals Tonight, a not-for-profit theatre company Off Broadway. 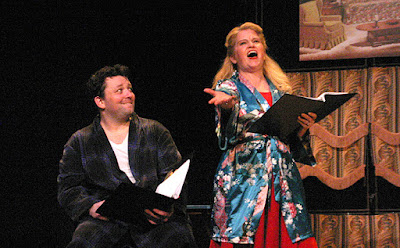 Mel Miller (below with Izzy and Mo) is our effervescent producer, and he makes it all happen! Check out this article about him called, "It's Miller Time." 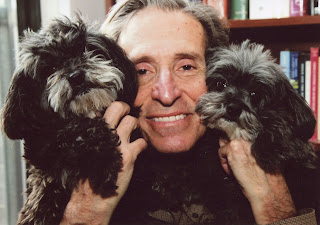 Inspired by Encores, which hosts staged concerts on Broadway, Musicals Tonight has been reviving old musicals Off Broadway for the past 19 years.

Since it's a staged concert (actors have scripts in hand), we do a lot in short time! For this production, we had 52 hours of rehearsal, including one dress rehearsal, and were guided along by our fearless director, Donald Brenner!

We do 16 shows in 12 days, whereas Encores does 5 shows performances.

"Do Re Mi" is Musical Tonight's 89th show, and it's an absolute pleasure to be a part of it. 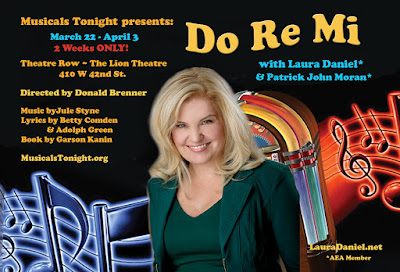 I play Kay, the wise-cracking wife of a small-time con man, Hubie Cram (Patrick John Moran), who has dreams of making it rich quick. They get into trouble with some gangsters who are muscling in on the jukebox racket, which actually happened at the time! 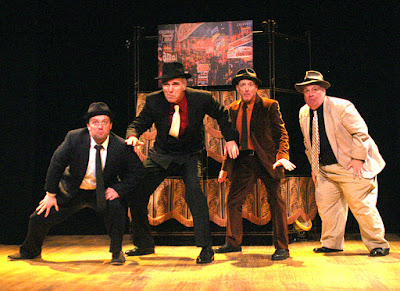 A side story is that of a music producer who falls in love with a talented waitress Hubie discovers (Tyler Milliron and Beth DeMichele below with Patrick John Moran and me). We all discover how important it is to "Make Someone Happy," which became the big hit song from the show in 1960. 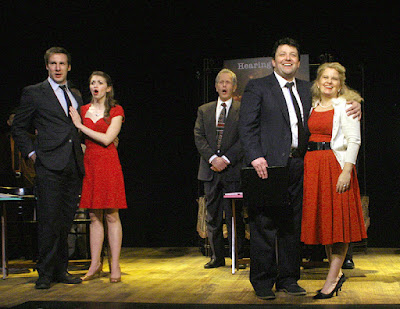 NY Theatre Guide gave us a lovely review, and playwright Michael Small (The It Girl) gave us a warm welcome: "If you are in NYC, there's a little treat you shouldn't miss -- a staged-reading of the 1960 musical Do Re Mi at the Lion Theater on 42nd Street (which runs only through next Sunday, April 3). To be in a tiny theater with super-talented people about five feet away, singing as if they were a few doors down on Broadway...  this is a priceless diversion -- and all for 25 bucks!"

This is last week for "Do Re Mi," so we hope to see you there!

Matinees are at 2 PM: Wed, Fri, Saturday and Sunday
Evenings at 7:30 PM: Wed, Thurs, Sat.
Tickets through Telecharge
Posted by Laura at 8:37 AM No comments:

While I've been in rehearsals for the Off Broadway "staged concert" for "Do Re Mi" (and let me tell you, this is no mere concert! It's ACTIVE theatre! We just have music and scripts in hand), I managed to squeeze in a film-shoot for Kara Herold's indie feature, 39 and 1/2. I played a motivational speaker, which Kara said was type-casting. ;) 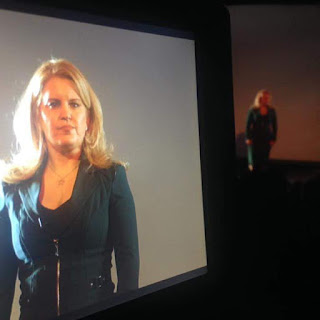 We filmed at 80 St. Marks, an old theatre where I did a reading of  a new play by Michael Small a few years ago. Stephen Nachamie was the director, and he just made him Broadway debut with She Loves Me! Go, Stephen! 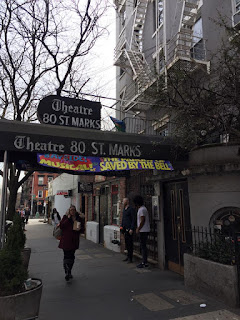 It was a blast to revisit the theatre, and especially, to film there! Kara's crew was marvelous! She even had me improvise a good chunk of the scene, which was SO fun! 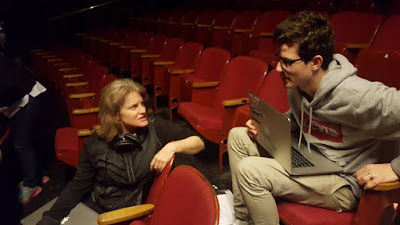