Why Did You March?

It's been over a week, but more marches are happening, and I'm so thankful that Americans are taking a stand.

It was an incredible honor to take part in the Women's March on New York City. My husband kept saying he hoped someone would capture it from an aerial view, and someone did! 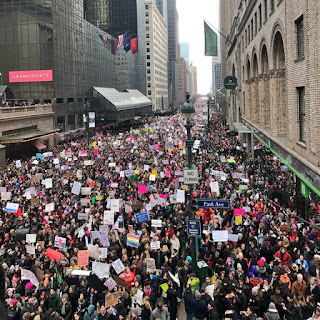 So many friends marched. The Stomping Ground Theatre Company, with whom I'll be working on "Steel Magnolias" in February, marched. 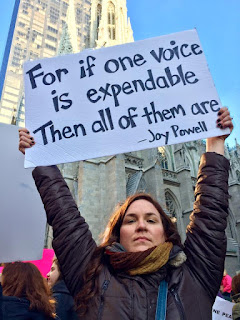 The sense of camaraderie and solidarity was awesome! There were men, women, children, people of all races and religions. We smiled at each other and cheered and sang, and the city was filled with such hope! 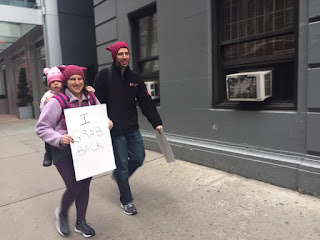 When we walked up 5th Avenue, one of churches was ringing bells of encouragement. I heard "The Star Spangled Banner," for "The Land of the Free and the Home of the Brave." Other friends heard Leonard Cohen's "Hallelujah" playing. It was miraculous.

Some fabulous friends marched in DC. I'm so proud of them! They took trains from PA and NJ. One friend from San Francisco flew in especially for the march. 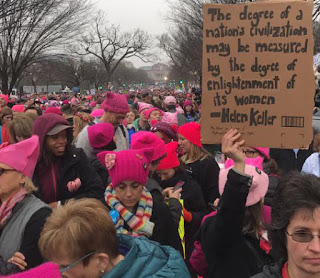 I was happy to see my peeps from Lancaster and Harrisburg, PA representing. 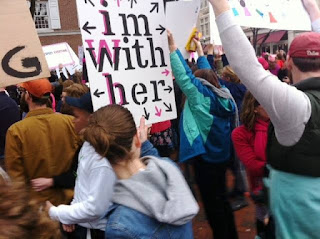 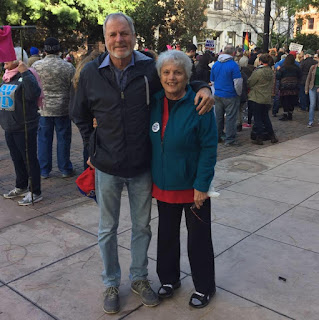 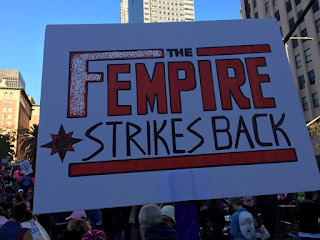 A friend in Anchorage testified, "It happened!" 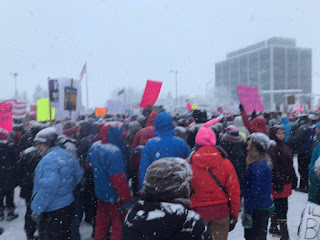 And I love the pic of Carole King in Stanley, Idaho. 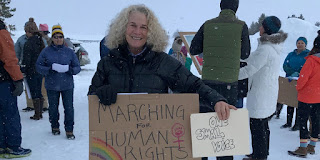 The big question I kept hearing was, Why did you march and what did it mean to you? I marched for the women who fought for the women's vote almost 100 years ago. 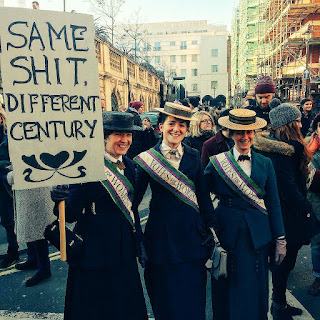 I marched for equal rights, women's rights to choose, Planned Parenthood, equal pay for equal work, marriage equality, affordable health insurance and education for all, environmental protection, religious freedom, and Truth, Justice and the American way. I marched for friends who felt that they didn't have a voice.

Truly, being with all those amazing folks who gathered on Jan, 21st and marched up Fifth Avenue, it encouraged such a sense of love and community. Even the NYPD was fabulously supportive, guiding people to the march, helping everyone out. There wasn't a single arrest. We were in perfect harmony, and that's what it meant to me, being in one of the greatest cities in the world with so many people, sharing love and hope.

There is always hope. 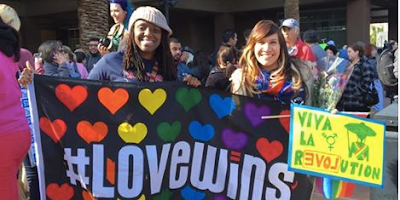 A few weeks ago, I heard from this fabulous gent named Matt, who contacted me about a blog I had written years ago about the one and only John Waters. 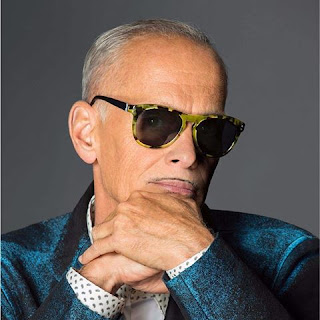 Matt works at Artsy, and they have a John Waters page, which provides visitors with JW's bio, over 30 of his works, exclusive articles and more! I was really honored that Matt asked me to include a link from my blog to their site! 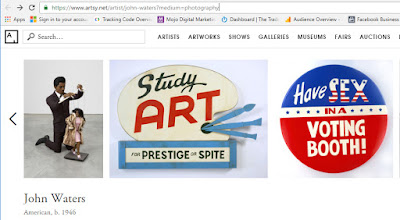 My own John Waters story began a long time ago in a shire far far away in the woodland realms of Lancaster, Pennsylvania. I was offered a role in the Shakespearean troupe for The PA Ren Faire, so I packed my bags and left little ol' Hemet, CA for my first paid acting gig in PA! The directors were from LA that year, so they wanted a cast from both the West and East Coasts. It was a BLAST! I met some of the funniest, most fabulous people who have become lifelong friends. I even married one! 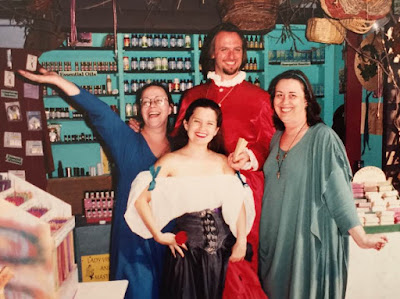 On our days off, some cast members would get together and watch movies, and what better way to take a break from the Renaissance than with John Waters?

The original Hairspray movie blew me away! What other movie had Ricki Lake, Divine, Debbie Harry, and Sonny Bono starring and boppin away? 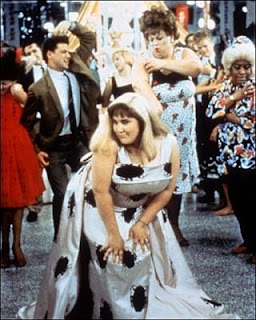 And it was edgy and political. I love when Tracy irons her hair and becomes a beatnik! ;)

Later, we dove into "Lust in the Dust," and "Serial Mom" was my husband's fave. 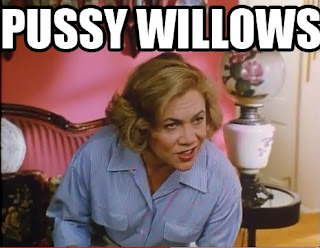 Then all the musicals came into play. I was called back for "Hairspray" to understudy Velma and Tracy, but I'm not much of a dancer. Alas! We still enjoyed seeing Harvey Fierstein in the show! 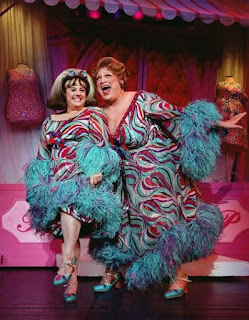 And then came the short-lived "Crybaby," which was MARVELOUS! They tap-danced on license plates!

It was such a fun show, and I still think about the quirky Alli Mauzey who played the love-lorn Lenora, whose love for Crybaby is never returned. She sang a song in the vein of Patsy Cline's "Crazy" that was indeed mental! She said, "Whenever I'm thinking of new things to try, I go, What would John Waters do?"

Having just finished an improv class at UCB, I can TOTALLY agree! 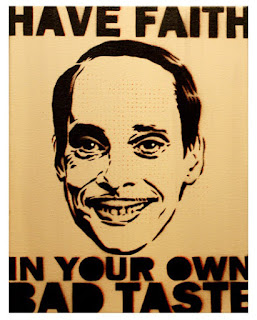