We just got a nice boost on Broadway World! 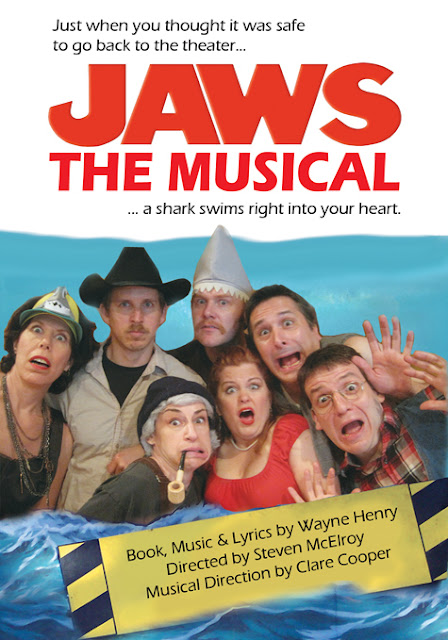 JAWS the Musical is a mini pop rock fun-fest loosely based on the film/novel. We open at the Broadway Comedy Club on Friday July 6th at 6:30 PM. More dates and details below. Hope to see you there! 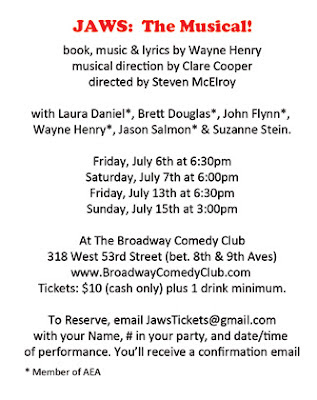 http://broadwayworld.com/article/JAWS-THE-MUSICAL-Opens-76-at-the-Broadway-Comedy-Club-20120627
Posted by Laura at 7:14 AM 2 comments:

It's really cool to be part of a show that goes through some kind of evolution.  Live theatre tends to be that way anyway. Every show has the potential to be slightly different.


After winning the NYMF Award for The Singing Nun, I was offered work on a new musical called Hell's Belles. It's about infamous women performing in a nightclub in hell, and I play Janis Joplin, Joan Crawford, Queen Guenevere and Judy Garland (to name a few). 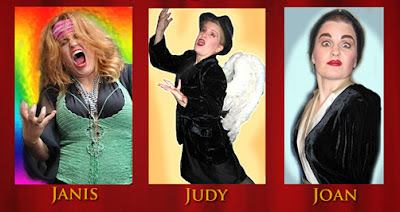 Next week, we'll be presenting an hour long concert version of the show at the Manhattan Theatre Club's Creative Center. I am SO psyched about this, because MTC has such a great rep! I can't wait to play in the space!

Plus we have a new "belle," Danielle Erin Rhodes, and it's always fun to see what someone brings to the piece. Danielle is a fun bubbly blonde, and we've had a blast in rehearsals. 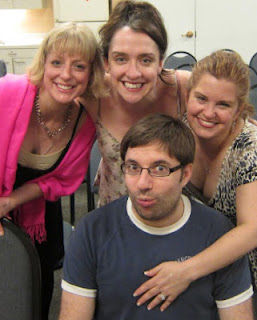 My friend, Tina, asked me yesterday if I've had a chance to kick up my feet lately, and I had to laugh. If anything, I've accelerated!

I'm doing industry readings of Hell's Belles, in which I play Judy Garland and Janis Joplin. I'm working with the fabulous Paul Russell, doing an agent showcase on Monday. And I'm in getting ready to perform JAWS the Musical at the Broadway Comedy Club. 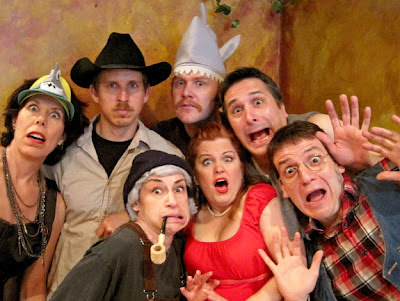 JAWS the Musical is 40 minute pop rock funfest that seems to have a following. It ran a few years ago at the Strawberry One Act Festival, and won Best Show. It's loosely based on the film/novel about the famous shark who terrorizes Amity Island and the 3 men who try to catch him. I play the girl the shark falls in love with. 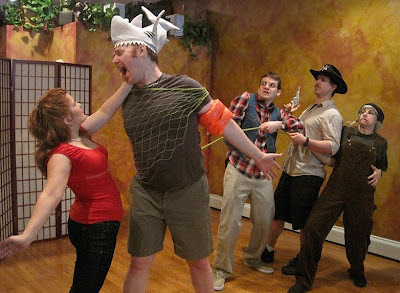 Our first show in NJ was a hit! We sold out and won lotsa laughs. The crowd went wild during my power ballad in which I sing some Patti Labelle-like riffs. VERY fun!

Tickets are $10 and reservations can be made via JawsTickets@gmail.com.

Just When You Thought It Was Safe

I love this tagline. Not only is it used for JAWS, but it makes me think of comedy, which, like any art, is not safe. It's throwing yourself out there, taking a leap.

Tonight I'm diving into JAWS the Musical with an incredible group of performers, most of which are UCB/PIT alums.

Brett Douglas, John Flynn, Wayne Henry, Jason Salmon and Suzanne Stein are the incredibly hilarious folks I get to play with tonight. Catch these characters below in the order just mentioned. I'm the redhead. :) 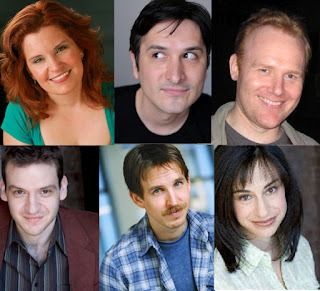 They're all so darned funny! Every rehearsal has been filled with laughter! 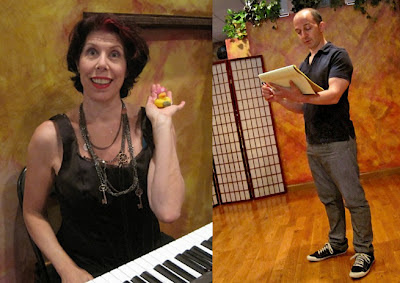 Wayne Henry wrote the book, music and lyrics and it is such a joy to sing the songs! It makes me think of so many genres - everything from an Avenue Q vibe to a bit of Phantom and Les Miz with a delicious pop rock groove.

It's wholly its own show. It starts with the premise of JAWS, the book and movie, and then, like any sketch comedy, goes off in an entirely different direction.

I'd like to think Peter Benchley would have approved since we give his great white shark a new life, no matter how humorous.

Hope audiences will "Get hooked" on our show.

We're playing in NY at The Broadway Comedy Club Fridays July 6 and 13 at 6:30 PM, Saturday July 7 at 6 PM, and Sunday July 15 at 3 PM. Tickets are $10 and reservations can be made via JawsTickets@gmail.com.

Hope to see you there!
Posted by Laura at 8:42 AM No comments:

Keep Up with Your Studies!

Have you ever noticed the potential to learn something else every day? I've been acting professionally since I was 14, and I love that I'm learning more about this craft, more about myself and what I can bring to the table of any project every day.

This past month has been full of good growth! I took some workshops with casting directors from CBS and NBC, and both workshops gave me the opportunity to strengthen my cold reading skills. I also realized this is something I can do even when I'm not in class. Just grab a script and go!

Working with Tim Phillips' technique of "Sherlock Holmsing the Text," helped me take this up a notch. Tim teaches in NY every month, and I had the pleasure of working with him last month. He teaches in LA regularly, so if you can study with him, Go! Go! Go! His book is incredibly helpful. 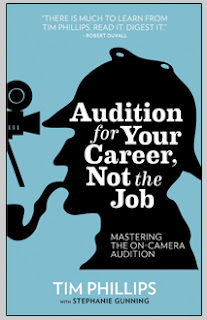 Lastly, I've been in rehearsals for JAWS the Musical, which has been such a gift! The writer and cast are all UCB / PIT alumni, and so the funny factor is constantly going. Talk about getting a workout! 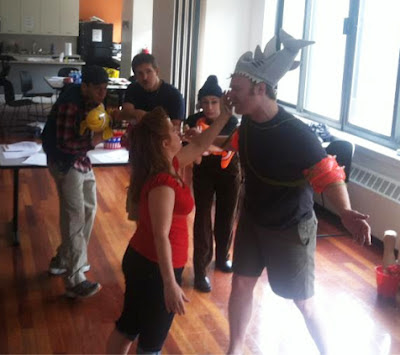 It is such a pleasure to play with this talented bunch and to sing such great songs! I've got a gorgeous power ballad in the last half of the show, and I just love it!

It's so clear to me the more you do something, the stronger you get. And the more open you are to learning something new, the more joyous the experience.

Every working actor I know keeps up their studies, whether they're in or out of a show, and I admire them all! I'm in good company! :)