Last week was non-stop musicals for me!

On Monday, I performed in the concert reading of  the new musical, "Merton of the Movies." It's about a young man in the silent film era, who dreams of making it as a "serious" actor in Hollywood, only to discover he's a born comedian! AJ Shively, the recent lead in Steve Martin's and Edie Brickell's new musical, "Bright Star," was our amazing Merton. He cracked us all up! As one audience member said afterwards, "I'll never look at eyebrows the same way again! 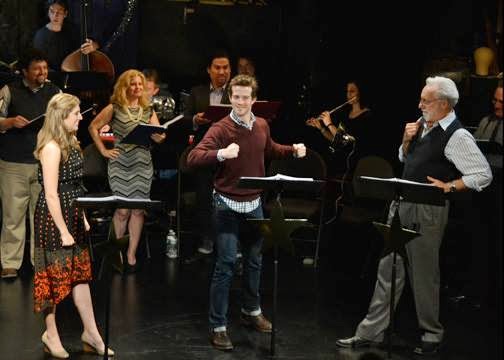 I played one of Merton's buddies, Edna, a jazzy comedienne who stars in one of the old pie fight films. My big song was "The Chase," and though we had no props or set, so many audience members said they loved when I pantomimed getting stuck in a trunk, trying to evade the Keystone Cops. It was a BLAST! 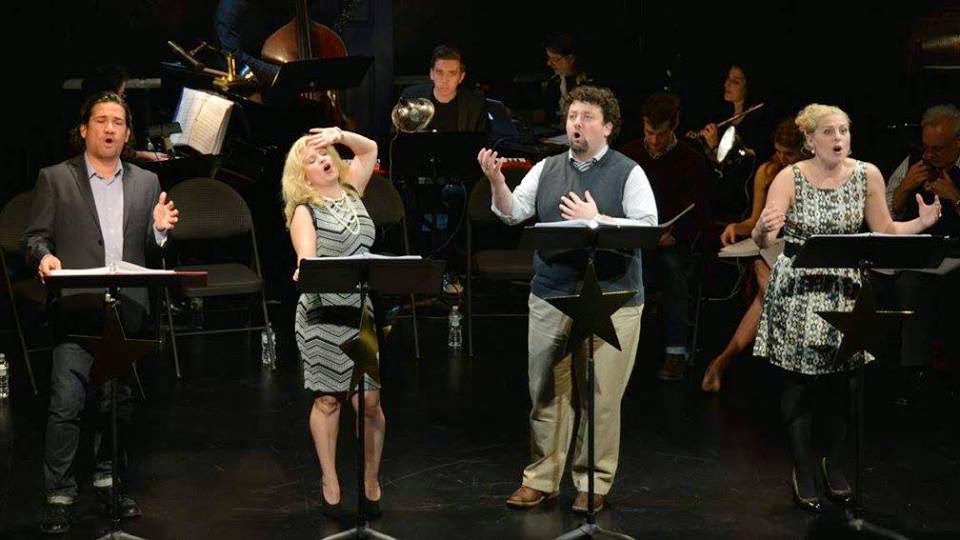 "Merton" was composed by the dynamic Doug Katsaros, who also wrote the lyrics, and the book was by my "Sasquatched the Musical" director, Donald Brenner. In fact, the reading was a mini Sasquatched reunion, as I got to play with my old "sweetheart," Patrick John Moran.... 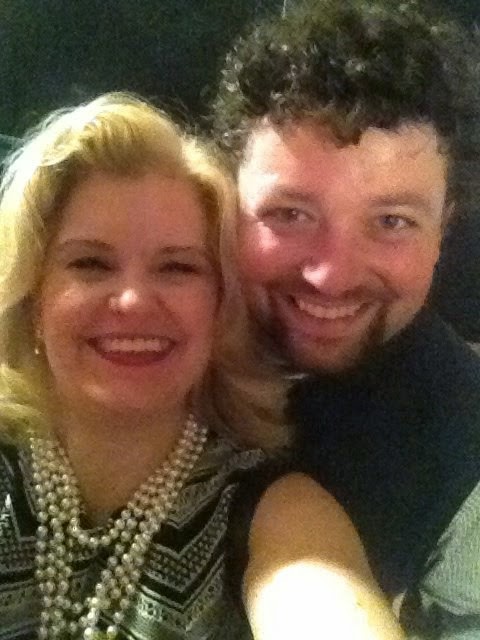 And the incredibly versatile Jonathan Randell Silver, who played Harpo Marx in "The Most Ridiculous Thing You Ever Hoid," had a pivotal role as Merton's friend, Elmer, from his smalltown beginnings. 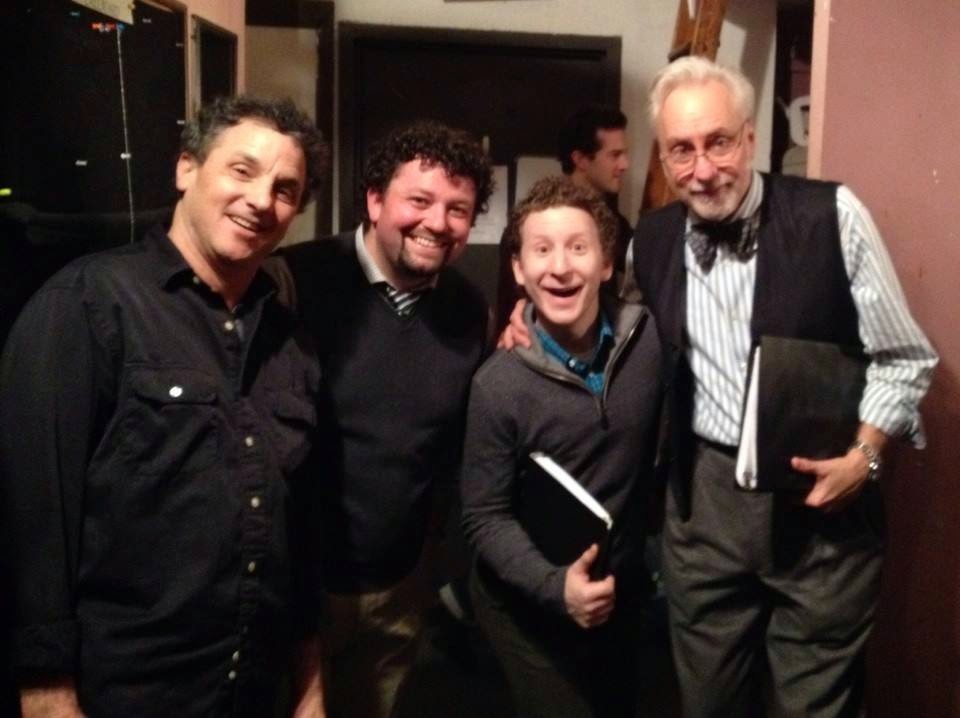 Jonathan's heartfelt performance actually made me cry! He was so sweet!

Our marvelous music director was Jeffrey Lodin (above top L). Patrick and Jonathan are also above, followed by the fabulous Martin Van Treuren, who was hysterical as the madcap film director of the Buckeye Comedies.

The rest of the cast was completed by gorgeous voiced Tony Castellanos, the lovely Loni Ackerman (former Broadway Evita and Grizabella - she had the BEST stories!), Janine Divita as Merton's love-to-be (who also recently played Evita) and Lara Hayhurst, a former Elle from "Legally Blonde." 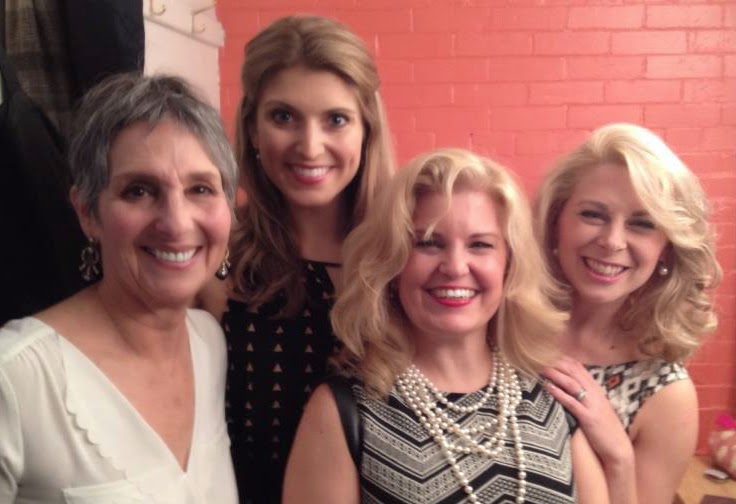 Everyone was so wonderful, and it was such a charming show! I hope we go somewhere with it! :)

For my next trick, I'm back to the writer's table with Wayne Henry and Roberto Cambeiro, fleshing out "Petunia's Coffee House."

A double-take: Merton of the Movies

One of the first plays I read when I moved to NY was George S. Kaufman and Marc Connelly's Merton of the Movies. It's a charming play about a young man who moves to Hollywood to become a serious actor in the Silent Film era. The funny thing is, he's SO dramatic, it's funny!

Jim Parsons (Sheldon in The Big Bang Theory) is doing a reading of the play tonight at Roundabout Theatre's Studio 54, and I wish I could be there!

Parsons hand-picked the play and gave a great interview about why he was drawn to the piece.

Ironically, Next Monday I'm doing a reading of the new musical version of Merton of the Movies based on Kaufman and Connelly's play. It's by Donald Brenner and Doug Kastaros, and it benefits the Abingdon Theatre Company, who's hosting the concert. 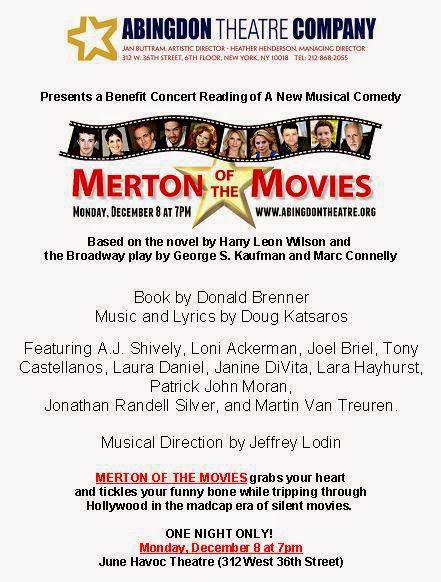 It is such a charming show, and the music is so fun! I'd love for the folks going to the Roundabout tonight to come see our show next week! It's like a Double Feature a week later. :)

There are a few seats left! Come join the adventure! :) Tix are $20-30 and are available through Abingdon's website at http://www.abingdontheatre.org/