Looking Back with Love and Thanks

As I prepare to step into the New Year, my friend, Tina, reminds me to look back at the strides I made the year before. I am so thankful for friends like Tina, my family, and especially my awesome husband, Rob, who joyously share The Ride with me and encourage me to make my dreams come true! 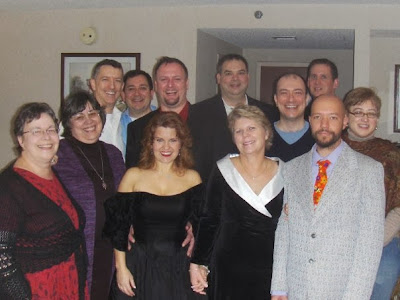 Thanks to David Gerard, my former Singing Nun producer who called me in to audition for a radio spot for Toyota. I booked the gig and recorded a spot with Laurel Coppock, who's the fabulously funny spokesperson, "Jan." 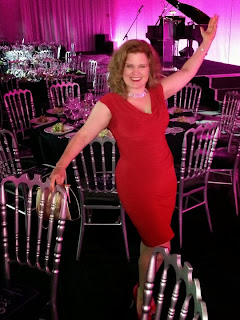 Thanks to Donald Brenner, who directed me in "Sasquatched! The Musical," and asked me to sing the opening number for the Abingdon Theatre Company gala, Swinging On A Star. That was an incredible night! Meeting Cherry Jones was the cherry on the cake! :) 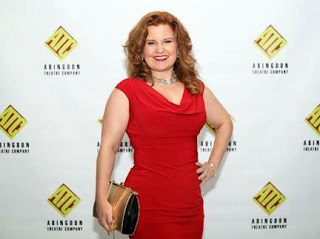 Thanks to Phil and Jules Darg who brought me on board as "Pat the Park Ranger" for the New York Musical Theatre Festival production of "Sasquatched! The Musical." That was one of the highlights of my summer, working at The Pearl Theatre Company, including a special performance at 54 Below. 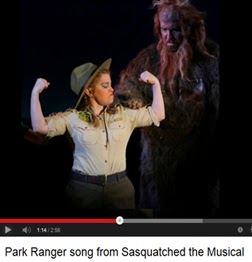 Thanks to great composer-lyricists like Andy Monroe and Wayne Henry, who asked me to perform demos of their material for BMI and The Dramatists Guild. Thanks also to Bryan D. Leys, James Campodonico and Matthew Gurren for inviting me to play lead roles in readings of their musicals at The Abingdon and York Theatre Companies.

Great gratitude to the awesome casts and crews I've worked with this year. Incredibly talented people! And let me tell you, an exceptional Stage Manager is worth their weight in gold! :) David S. Keaton-Cohen, I'm talking about you! ;)

I am thankful to have reconnected with childhood friends like Kara Herold, who is a fascinating filmmaker. I got to work with her one day on her new film, 39 and 1/2, and it was a blast from the past mixed with the Gift of the Present. Good growth! :)

Huge thanks to the terrific teachers I've worked with this year: Susan Aston (acting), Heidi Marshall (film), Tim Phillips (on-camera), Scott Wojcik (commercials), Ali Farahnakian (Writing for SNL) and Seth Weinstein (voice). I've realized this year more than any other how incredibly important it is to keep studying!

"It takes a village" to mount any production, and it's been my pleasure to be part of so many great teams!

January is already filling up with rehearsals and classes. I can't wait to see what the New Year brings!

Happy New Year!
Posted by Laura at 8:04 PM No comments: