My favorite time of year!

I've always loved Halloween! No wonder I became an actor. I get to dress up and pretend all the time! ;) 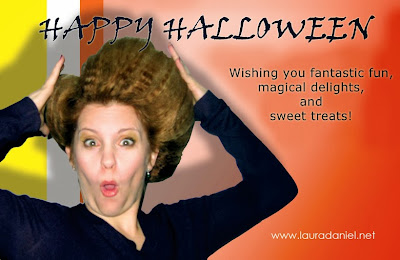 The city's a blast at this time of year. Everyone's in costume, no matter what age! New Yorkers like their holidays, and Halloween kicks off the fun for a good few months!

Today I'm dressed as Merida. All I need is a strong bow! :) 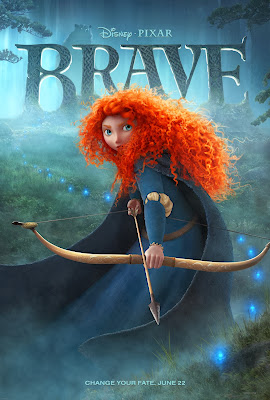 Happy Halloween!
Posted by Laura at 1:17 PM No comments:

It's fun to see how work I've done over the years has created my own little cast of characters. I recently submitted for an online comedy series, and they asked for a list of my work, so here's what I sent:

I recently played an excited caller on a radio spot for Toyota. The clip's online at http://www.lauradaniel.net/media.htm 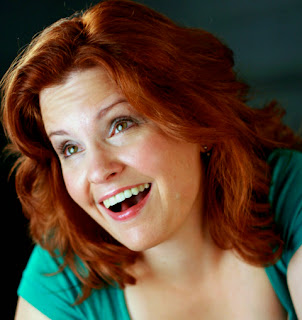 I played the Great White Shark's girlfriend, Sally, in JAWS the Musical at the Broadway Comedy Club. A clip from my big song is on Youtube: http://www.youtube.com/watch?v=KajE0KZiKwc 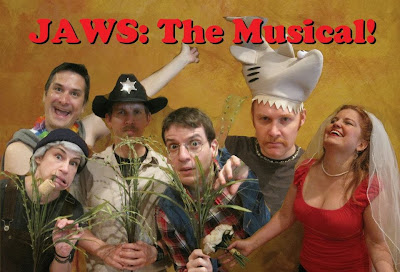 I was a New Yawk laundress in the short film, Laundry:
http://www.youtube.com/watch?v=mswi_6z_R6U 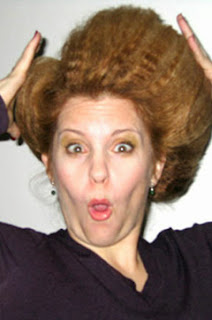 And I recently played Pat the Park Ranger in Sasquatched! The Musical. Yup, I was Bigfoot's BFF. ;) http://www.youtube.com/watch?v=xSwP4YiR73A 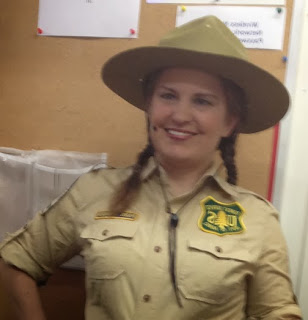 Up Next: I play a loose lesbian on the prowl in Petunia's Coffee House. ;)
Posted by Laura at 2:41 PM No comments:

Swinging on a Star at the Abingdon Theatre Company's Gala

On Monday October 7th, I had the immense privilege of singing the opening number for the Abingdon Theatre Company's annual gala. In fact, I sang the theme song to the evening: Swinging on a Star. 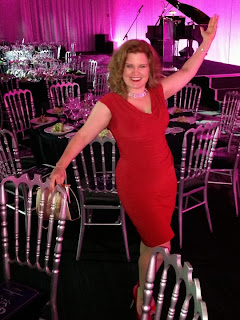 The divine Dick Cavett hosted the event, which honored legendary stage actress Frances Sternhagen who originated the role of Ethel in "On Golden Pond" and played the feisty Miss Daisy onstage in "Driving Miss Daisy" (before both plays were made into films). Most kids of my generation will know her as Bunny MacDougal, Trey's mischievous mother on 'Sex and the City." 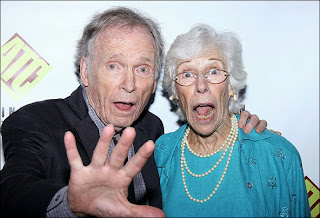 I was trippin because I had watched Dick Cavett's interviews with Janis Joplin (to play her for Hell's Belles), and it was surreal to be on the same stage with him. He was a master craftsman!

My friend, Michael, who was my date for the evening, had seen Frances perform with Cherry Jones in "The Heiress" on Broadway in 1995 (below). Both ladies won Tony Awards for their work in that play, and it was amazing to be at the gala with them. 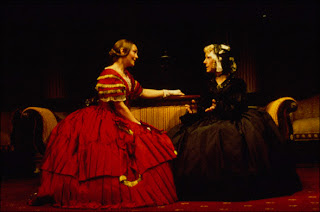 The gala was directed by the fabulous Donald Brenner, who was also my director this summer for the NYMF production of "Sasquatched! the Musical." 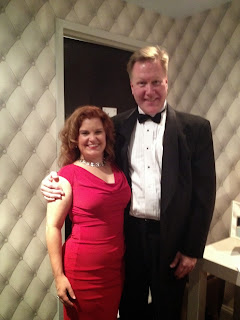 It was such a pleasure to collaborate with Don again.

I was also fortunate to make music again with Joshua Zecher-Ross. He was the magical music director from "Sasquatched!" and kept the gala groovin the entire night. ;) 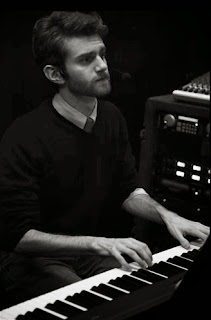 Joshua is off-the-charts talented and such a card!

Jan Buttram, the gorgeous gal in gold below (on the far right), is the artistic director for the Abingdon, and she kicked off the night with Managing Director, Heather Henderson. These two ladies have so much fire-power, they are amazing! 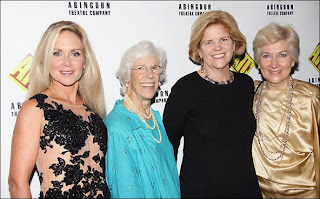 2 other ladies were honored for their commitment to the mission of the Abingdon Theatre Company: actress Sheila Ball Burkert (1st from left), founding director of the Act II...Gether Troupe for girls ages 7-14, and Barbara Blair Randall, President of the Fashion Center Business Improvement District (3rd from left). I had the pleasure of introducing Sheila, as well as some of the girls from her troupe, and it was inspirational to hear of these young ladies finding and empowering their voices through theatre.

I met many of the Board of Directors for Abingdon, and it was an honor to be in the midst of such a collaborative spirit! 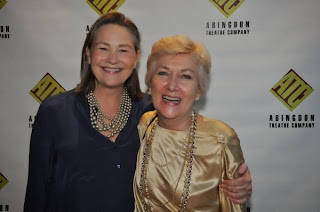 The cherry on the cake of the evening was meeting Cherry Jones (above left with Jan). She is taking Broadway by storm with her portrayal of Amanda Wingfield in "The Glass Menagerie," and I have long respected the exquisite quality of her work. To meet her in person was incredible! She was so gracious and kind and generous. I hope our paths cross again and we get to work together. 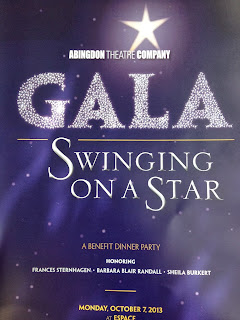 Thanks to Joseph Marzullo/WENN for Playbill.com and Genevieve Rafter Keddy for Broadway World, who took pro pix of the gala.