It's been a warm and wonderful summer with lots of gigs that have allowed me to reconnect with artists I've worked with over the years. And how delicious is that, to work with people I just ADORE!

It started with a trip back to The Tragic and Horrible Life of the Singing Nun where I got to re-team with the divine Tracey Gilbert in a concert for producer George DeMarco.

Then I got to groove with Darg and Rayne, whom I had worked with on Sasquatched, which premiered at the NY Musical Theatre Festival. They asked me to record my big Park Ranger song, which was such a delight! 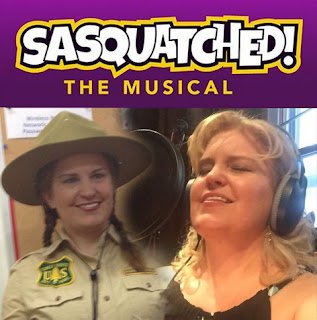 Then I made my debut at Signature Theatre, a fabulous Off Broadway house, in The Pound (another Darg and Rayne musical) with these puppies! ;) 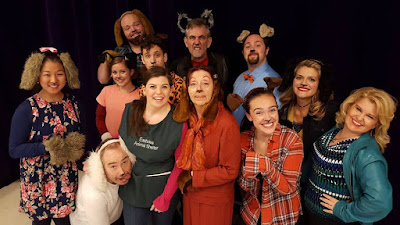 I got to stretch my dramedy muscles in a non-musical reading about long-time mistresses called "Other Women" by Bryan D. Leys. I worked with Bryan Off Broadway on Hell's Belles, produced by the tenacious Weiss sisters of Tweiss Productions. That's me an Eileen Weiss below after a concert at the Abingdon Theatre. 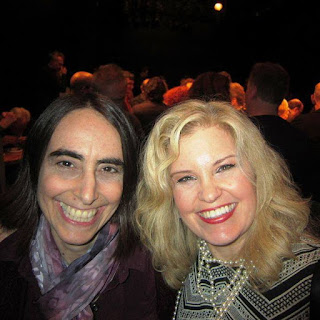 And I got to work with Ellen Z. Wright, whom I also worked with Off Broadway in Johnny On A Spot. It was a blast working with Ellen, because we'd played adversaries in Johnny, but secret lovers in Other Women. 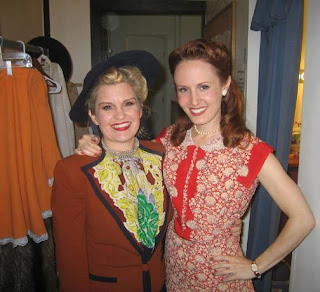 Last but not least, I'm going into a reading of a new musical called, Pieces, written by Kristen Penner and Lorelei MacKenzie, whom I worked with last year on Pageant Princess. 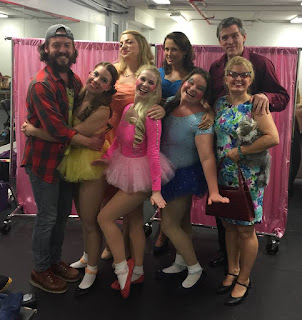 I look at all of these incredible artists, and I'm so thankful our paths keep winding together.