"Aaron's Uber" on Funny or Die!

I recently filmed a fun sketch with my friend, Wayne Henry, whom I've done a ton of work with over the years! He's the genius behind Jaws The Musical in which I played Sally, the love interest of the Great White Shark. 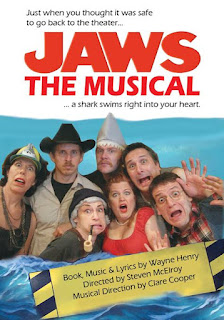 So of course, when Wayne said, "Do you want to do a sketch?" I was totally on board!

Enter "Aaron's Uber," written by the hilarious Brad Heller. He's a UCB alum who totally reminds me of a young Jerry Seinfeld.

I play a country gal who has no problem squeezing into an already packed Uber:

And we're on Funny or Die! How fun! 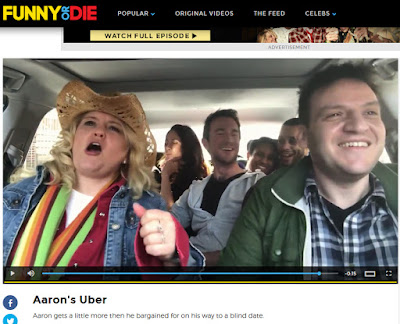 The First Flush of Inspiration

I'm doing Masterclass with Helen Mirren, and one of the questions that's asked is, What was your first flush of inspiration? What was the first play or film you saw that inspired you?

When I was little, my folks couldn't afford a babysitter so they took me to all the movies they saw. I feel like I grew up at the movies.

I have vague memories of the film, Network, with some angry little man yelling vehemently. Even though I was too little to "get it," something about that film is ingrained in my memory, and I know I need to revisit it as an adult. As BBC.com put it, "It's the 40 year old film that predicted the future." Way too timely!

As a kid, of course, I resonated with Disney movies. They had a big impact on me, because they were all about imagination! In fact, the first play I did was in first grade: The Three Little Pigs. I played The Big Bad Wolf, and I loved it! Being onstage, dressed in a costume made by my mother - all black! - I was probably the tiniest Big Bad Wolf in history, and I was FIERCE! 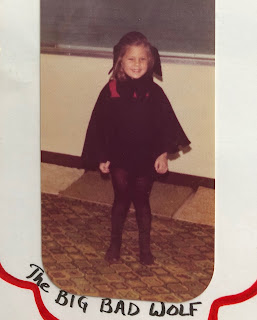 I didn't have any idea that I was the villain of the piece. What villain does? I was excited because I got to huff and puff and blow their houses down! I accomplished this by hurling myself into the cardboard boxes that represented The Houses of Straw and Sticks. I was terribly bummed that I couldn't destroy the Brick House, but that was part of the story, so I had to act defeated. Ha!

I loved the whole communal aspect of the experience, sharing a story with an audience, hearing them gasp when I destroyed the houses, hearing them laugh, hearing them cheer. I felt like I was part of something BIG, some place where I could be BIG too! And everything pulsed with life!

It never ceases to amaze me how often I'm cast as the "bad girl." I think it's because I don't look like a villain, but have a wild-card rollercoaster kind of energy which can work for the villain. Add to that a wicked sense of humor, cultivated by living with a humorous husband, and voila! As Daffy Duck says, "Despicable!"

I recently revisited some fearsome characters I've played, everything from The Big Bad Wolf when I was 6 to Annie Richmond, a sinful Southern belle who was trying to drive Edgar Allan Poe mad in "Poe Evermore." I especially thought of Annie when I was running around Washington Square Park. She would've given The Heiress a run for her money! 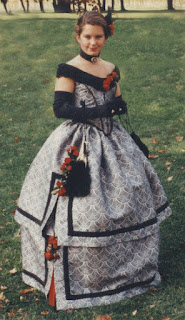 And now I'm pouring over a script with a character right out of the Wicked Stepmother realm.

The writer told me, "Have fun!" You know I will!