If you're a tourist, there's nothing like visiting Times Square. That is where the heart of the hubbub is in Manhattan. And as an actor, that's where most auditions are since the Actors Equity Association is there as well as various casting offices and studios. 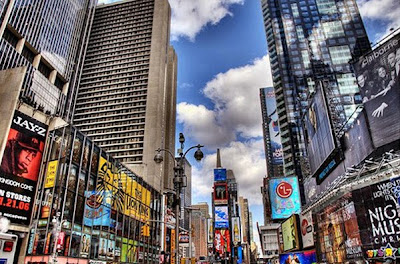 Sometimes it's a challenge to move through the crowds to get where you want to go. But today, I absolutely loved it. I just had this sense, this feeling of... "Yes!"

There's nothing like walking the streets that house all these delightful Broadway and Off Broadway theatres. And as I passed by a few of them on my way to an audition, I affirmed, "I now make my Broadway debut!"

I'm in the city of my dreams, I'm working every day towards my goal of working on Broadway. I feel like a combo of Evita...

A few weeks ago, a friend of Rob's asked if he knew any singers or bands who could contribute to a CD she was making for The Fenny Fund, a charity focused on helping NY dogs and their owners deal with overwhelming vet bills due to a pet's unexpected illness.

Rob mentioned Hippie Cream, a groovy band from my hometown of Hemet, CA that my brother, Sean, plays drums for, and Traci loved their sound. 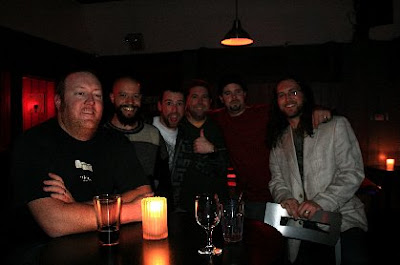 He also suggested I send something for consideration. Since I only have a few recordings that I've done for the musical, Hell's Belles, I sent Traci "Let's Sing 'Em All," my rendition of Judy Garland singing about getting through life's challenges with a smile and a song. 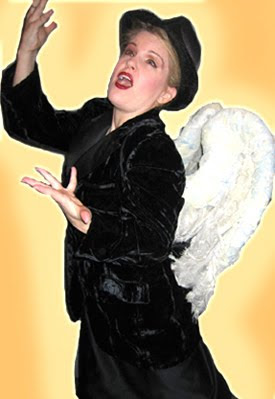 Well, don't you know, Traci liked the song and put me on Volume One for the Fenny Fund CD.

I am so stoked, especially to be included with groovy groups like Hippie Cream and the other incredible artists.

Many thanks to the Hell's Belles writers Steve Liebman and Bryan D . Leys for allowing their song to be used for this charity.
Posted by Laura at 5:16 PM No comments:

This long weekend was filled with wonderful adventures, trips down Memory Lane, and re-discoveries.

My honey, Rob, had to work on Valentine’s Day, so we celebrated early by going to see HAIR on Friday night, and it was FANTASTIC. It reminded us both of our first year together when we were hired for the acting company at the PA Renaissance Faire. That sense of unbridled joy, freedom of expression and self-discovery, coupled with the actors coming into the audience to play – it was very similar to the Faire.

The thing that blew me away about HAIR was the raw, naked vulnerability of the piece. I had heard about the famous nude scene, but was completely unprepared for how emotional it was. Just powerful stuff. And Let the Sun Shine In? I always thought it was a joyous revel, never realizing what an incredible anthem the song is. It was more like a plea to open your mind. Really beautiful stuff.

Then Valentine’s Day came and my honey had to work. That was a drag, so I decided to start Spring cleaning early. And you know, I made a whole bunch of wonderful discoveries. I came across a lot of stuff from shows I’ve done the past 3 years, and it felt like finding buried treasure.

There was the invite to the NYMF gala to receive my award for The Tragic and Horrible Life of the Singing Nun. There were postcards and playbills from Johnny on a Spot, Lucky Stiff, Hell’s Belles and Kaboom. Wonderful cards of congratulations from friends, fellow artists and family. And it just gave me a much needed boost. 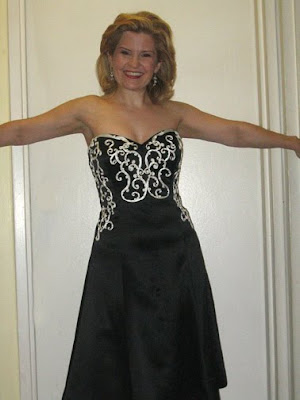 I’m known for my positive outlook. One of my friends even asked me the other day, “How do you stay so positive?” And I just thought, “Well, it’s better than the alternative.” Why not be positive?

But every artist, heck every person, goes through their challenging times. I’ve known many talented people who’ve wondered if they’ll ever work again. And I guess you could say I wondered that myself. I hit many auditions and get many encouraging nods, but sometimes I feel like a young Liza Minnelli singing, “All I Need Is One Good Break…”

So as I went through my buried treasures (inadvertently, mind you - remember, this was a spring cleaning expedition), I recognized that, Yes, I can do it. I’ve DONE it! I’ve been making my dreams come true since I was a little girl and wanted to sing professionally and ended up onstage in Annie at The San Bernadino Civic Light Opera. 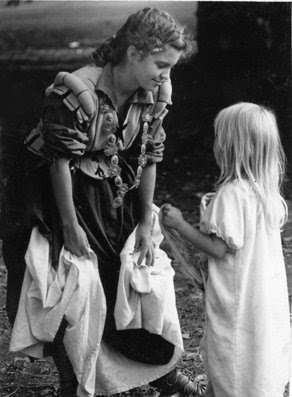 Fast forward to last Friday night when I was dancing on the Broadway stage with the cast of HAIR. The cast invites the audience onstage at the end of the show to dance with them, and my husband and I jumped right up there. 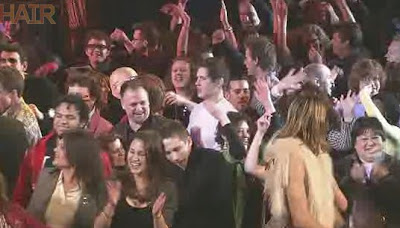 Afterwards, Rob said to a bunch of friends, “It was the chance of a lifetime! I mean, how many chances are you going to get to be on a Broadway stage?”

And in perfect unison, they all looked at me, and said, “Well, except for Laura. You know that’s where she belongs.”

And it made me smile because I know it’s true.

So many of the folks I’ve worked with or am working with right now are making their Broadway debuts, and it’s thrilling to see.

And I feel so good about the work I’ve been doing, the studies, the growth… it’s all building up to something spectacular.

Still, it’s nice to look back and see where I’ve been. It helps remind me as I take that next step forward that dreams really do come true.

For the fun of it

Last week I had a cold and also had to contend with the weather, which wasn't as bad as everyone kept forecasting. The city is always very pretty when it snows. And it certainly made my travels to auditions interesting. Not as many people seem to attend auditions in bad weather. I find that fascinating. 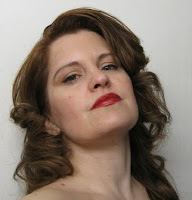 The audition today was to play Marlene Dietrich in the new musical, Dietrich and Chevalier, about her love affair with Maurice Chevalier.

When I played Audrey in Little Shop, a photographer hired me to recreate Dietrich's famous pose for The Blue Angel, so I always felt an affinity for her. 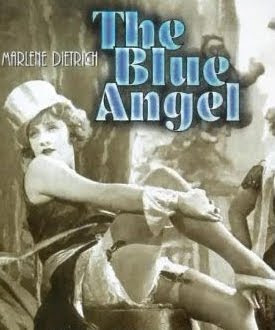 I greatly enjoyed researching her life and her work, and am so thankful for sites like YouTube, because I could endlessly study her films, songs and interviews. I did the same thing when I was hired to play Judy Garland and Janis Joplin for the musical Hell's Belles.

My favorite Dietrich songs and scenes are "The Man's In the Navy" and "I Can't Give You Anything But Love" from Seven Sinners with John Wayne, the famous kiss in Morocco, Shanghai Express, Hot Voo Doo from Blonde Venus, and her masked heartbreak while singing Jonny in The Song of Songs.

It was fun to strut the stage as Dietrich in today's audition. The confidence, the incredible combination of masculine femininity, her boldness and her joie de vivre mixed with melancholy... it was great fun!

And after all, that's what it's all about, having fun and doing good work, learning all the way and enjoying the ride.
Posted by Laura at 12:04 PM No comments:

The snow flurries are dancing about Manhattan: 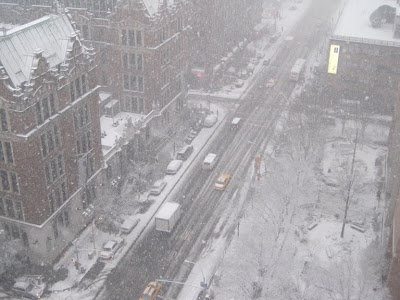 It's not enough to keep us homebound like my friend, Tina's snowpile in PA: 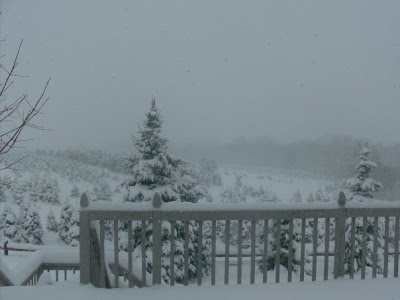 But I don't mind dashing through it. I have an audition to get to, as well as my support job, and my honey has to go to work as well. So off we go! :)