Being an actor is like going to the gym. Not only does it help to go to the gym to keep your body in shape, but you have to keep your audition repertoire in shape, and that means Working it Out! 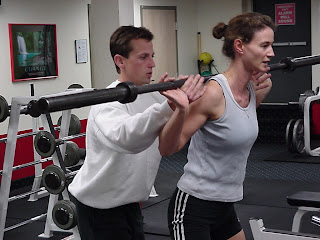 I've been keeping my voice in shape for musical auditions. I had to belt a lot of high E's this week, but I can belt high G's so an E is a piece of cake. Still, I gotta be in voice for that.

I've also been monologuing songs to be up to snuff with my acting of musical works, and I've been rehearsing my usual monologues for all the non-musical auditions. 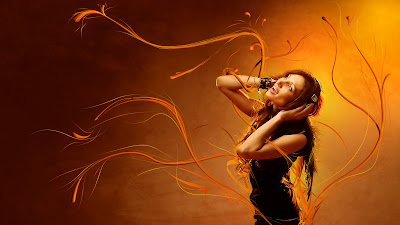 I love "re-hearing" the character through trying different stuff (thanks, Carol Fox Prescott, for teaching that rehearsals are just for that purpose). Even in auditions, I feel like I can really "hear" the characters through the playwright's words, and I am so grateful to all my acting teachers, particularly Karen Kohlhaas and Josh Pais, for giving me the tools to do this.
While rehearsing my usual pieces, I've also been expanding my repertoire by reading, reading, reading! I'm currently in the midst of "The Fifth of July" by Lanford Wilson and "August Osage County" by Tracy Letts.

I've also been reading The Intent to Live by acting teacher Larry Moss, and it is INCREDIBLE! If you're an actor, do yourself a favor and get this book. He has some awesome acting exercises in it, and explains things from such a accessible point of view. 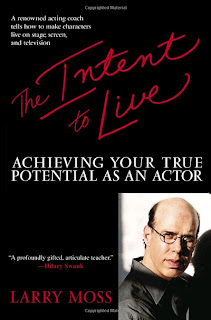 Most importantly... I'm enjoying the ride. I love being immersed in this work, learning and growing every day. It's a blast!
Posted by Laura at 2:13 PM No comments:

I hear this a lot at New York auditions: "Oh the show's already cast. Why go?"

I've fallen prey to this mentality myself, particularly with an upcoming EPA (Equity Principal Audition) this week for "Evita." I love the show, I can sing the heck out of the role, but it's already cast with the amazing Elena Roger who did the role in London.

But you know what turned it around for me? Besides the endless encouragement from my friends (whom I am so grateful for), I was reading an article about Elena, and it started with, "Five years ago, you'd have had generous odds on the career of Elena Roger panning out the way it has."

She's tiny... and so am I! ;) "I don't have a complex," she says. "I have a big nose also. Another girl would be cutting her nose to be an actress. I was always very sure about myself." 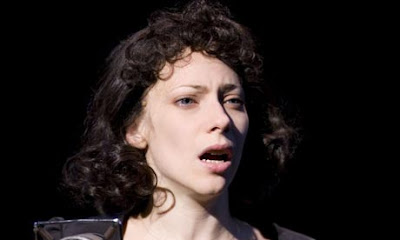 You've got to check her out on YouTube. Her portrayal of Edith Piaf is astounding!

She was discovered performing in her native Argentina when the producers for Evita went looking for "the real thing." Even though she barely spoke English and she had to pay for her airfare to get to London to audition, she did it! Talk about odds, right?

It is ridiculous to me how we often head-trip ourselves out of going after what we really want. After all, I've been cast from EPAs, and it is such a rich reward every time I go.

I'm growing from the work I'm doing just from preparation for this audition. I had a great musical rehearsal on the weekend - still high from really hearing the music after all these years, letting it soar through me and inform me - and I've been doing my acting homework on the piece as well. I LOVE IT!

And as I've realized time and time again, it's not about trying to please "them." It's about doing the work I love, and showing up to the audition to put my work out there. It's a wild thing auditioning. I feel like a sculptor, putting my piece together LIVE, moment by moment in front of someone. It makes me think of Sondheim's brilliant song,  "Finishing the Hat." 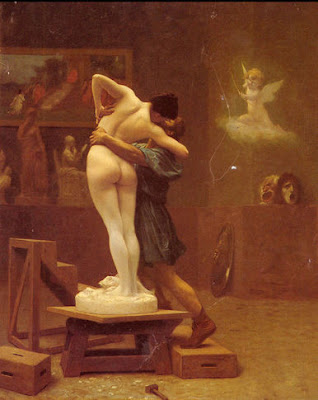 We are "living, evolving, flawed organisms, still being shaped."

Don't cheat yourself out of what you can discover when you commit yourself to a creative endeavor.
Posted by Laura at 7:20 AM No comments:

The Play's The Thing

This has been a fun week. I've had 2 auditions for 2 Off Broadway shows. On Monday I played a feisty bookkeeper who survived the holocaust, and yesterday I played a hysterical sleep-deprived mother. Both characters relied on their sense of humor to get through the day - or scenes, as it were - as was apparent in the text, so it was great fun to take them on. 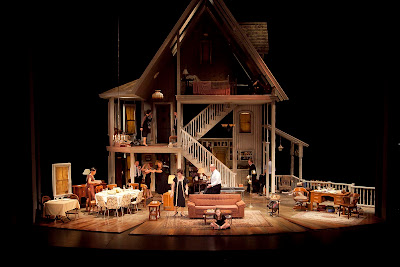 Next up: I'm prepping for an audition for "August Osage County," and I'm working on music for musical auditions next week.

I love my job. I love the research that goes into getting ready for a role, I love the rehearsal and prep work. Even if it's just for 2 minutes a day at an audition, it's still a great chance to do what I love to do. And I know from past experience that auditions lead to gigs, so it's all part of nurturing my career.
Posted by Laura at 7:21 AM No comments:

Outside the Audition Room

A friend of mine recently blogged about "living the dream," and I thought, "That's what I'm doing!"

Every time I go to an audition, I get to act and sing and meet the creative team for some regional theatre or Off Broadway play or Broadway musical. I get to do what I love!

And sometimes I get the gig! :)

In the meantime, I'm auditioning.

Now, there are some actors who will say, "Oh, why show up? (Rumor is) the show's already cast!" But as Woody Allen once said, "80 percent of success is showing up."

As Rick Liebling says, "The answer... is creating content with a unique voice," which ironically, my friend Monica recently blogged about as well.

I'm lucky to be surrounded by inspirational people. :)

And speaking of inspiration, Melissa Leo, the actress who's been winning award after award for her portrayal of  Alice Ward in The Fighter says, "For many many years, auditioning was just a chance to get to go and act." 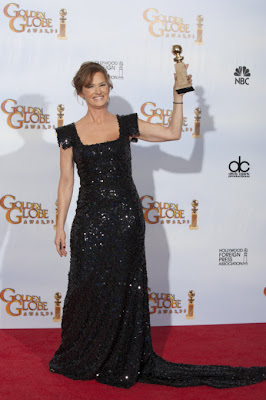 And that's where I feel like I am lately. But you know what? I love it! I love getting to walk into the audition room and perform! I'm taking the lessons I've learned from great coaches like Josh Pais and Karen Kohlhaas and applying it! I feel such good growth with my work, and I swear, I can feel the energy in the audition room.... bloom!

Sometimes just getting into the room can be a bit of a challenge, and I forget that some actors will try to sabotage each other. I haven't run into this in a long time, because I've been fortunate to be around people who are focused on their work. 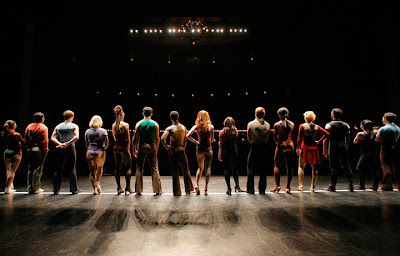 At today's audition, I ran into a friend, a fabulous actor who's a really nice person, and I was buoyed by his presence. But then right before I was about to go in, one actor began kvetching to the actor in front of me, because this other guy couldn't get into the audition. And 2 girls in line for a different audition that hadn't even started yet decided to make snide comments about the prep I was doing to go into the audition room. I was simply breathing and doing some shoulder rolls to let the energy run through my body, but they had to comment on it.

I was astounded that these 2 different groups of actors had no respect for their fellow artists. But I realized that it was their insecurity, not mine, and that I had to focus more than ever on the work I was about to do.

So I went in and did my best, and I feel good about it. I learn every time I go.

It's like Melissa Leo said, "I still do audition. I audition all the time. I find it more and more of an arcane ritual....to expect an actor to do their best in the worst of circumstances!"

You have to have a good outlook, a respect for yourself, your craft, and your fellow actor.
Posted by Laura at 7:44 PM No comments:

Ars Nova and The Colbert Report

I'm auditioning for a new play by Bekah Brunstetter at Ars Nova today, and I get such a kick out of the fact that the theatre is right next door to The Colbert Report. 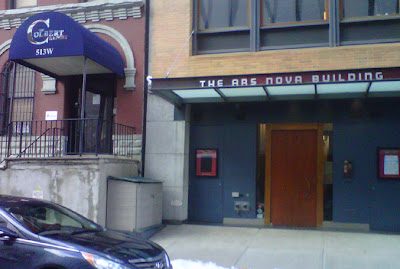 I've enjoyed Stephen Colbert's work since his days on The Daily Show and Strangers with Candy. And to think that I'll be in his 'hood, auditioning for a playwright whose work I adore... well, I'm hoping some of that Colbert luck rubs off! 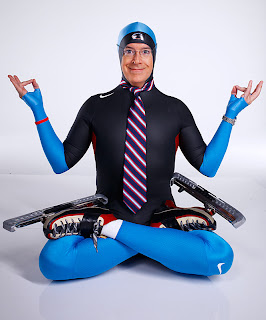 I've noticed a cool trend with this new year. Almost every gathering I've been a part of has had a toast to good friends and to the future. 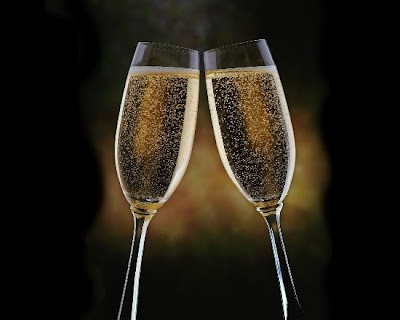 The holidays tend to be relegated to family, so my husband and I celebrate with our friends after the New Year. This year has held so many lovely gatherings - either at our friends' fireside (gotta love a Manhattan apartment with a fireplace!) or dining out at our favorite restaurants.

There's been such a comforting sense of camaraderie and hopefulness as we all forge ahead, making our dreams come true.

Defying Gravity with Tina and Maryanne

Today I had the immense pleasure of escorting two of my dearest friends to their first Broadway show: Wicked. 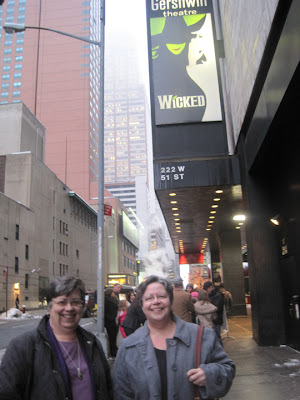 (Maryanne and Tina outside of the Gershwin Theatre)

Tina joked that they'd already seen a show off Broadway, because they saw me perform as Judy Garland and Janis Joplin in the musical, Hell's Belles at HA! Comedy Club in Times Square this summer.

"Wait til you see Wicked!" I said. 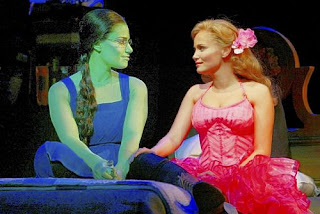 My husband and I saw the show when it first opened with Kristin Chenoweth and Idina Menzel, so I was curious to see the current cast. They all did well: good strong voices with lots of energy. 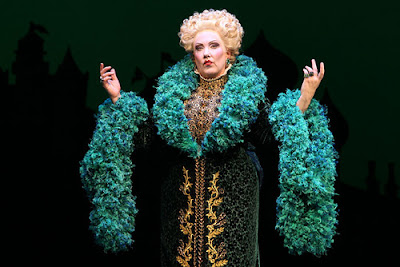 Some of the supporting characters like Kathy Fitzgerald 's "Madame Morrible" were especially good at commanding the large stage. 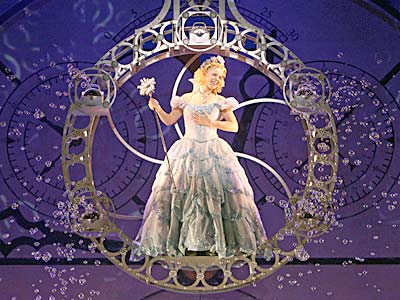 Katie Rose Clarke, who played Glinda, captured the character's heart and desire to "do good." And Teal Wicks definitely had the pipes and passion to play Elphaba, the green girl who becomes the Wicked Witch of the West. 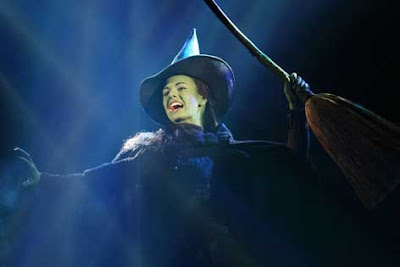 It was still a thrill to see her "fly" at the end of Act One. A great moment and great song: Defying Gravity.

Tina and Maryanne were completely delighted with the show, and it was very special to share their first Broadway experience with them. 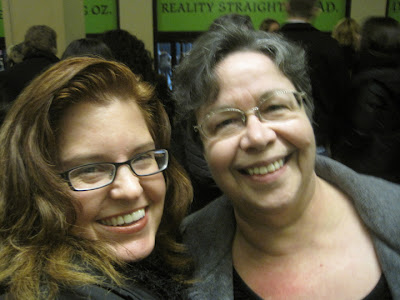 They've been champions of my work onstage for a long time, and Tina said, "Now we're ready to see you on Broadway!" 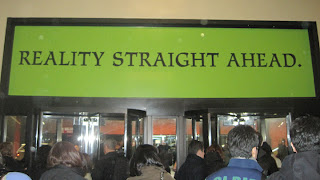