I got a call to audition for the title character in "Educating Rita" for Florida Rep, and it's been such a pleasure to revisit this character. I've played Rita before in CA at The Palace West Playhouse and won the Inland Theatre League Award. That was a lovely production, and I'm excited to see how tomorrow's audition goes, to see if I'm on the same page with this company's vision of the play. Of course, I can only control my portrayal of this character, and I have to thank my acting coaches for their reminders about that. As Tim Phillips says in "Audition for Your Career," auditions become much more satisfying when you look at it like, "Look who I get to play today!" 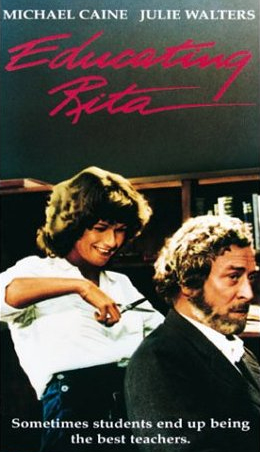 Willy Russell has crafted such a great play about a young woman trying to discover herself through higher learning. To get to play Rita for tomorrow's audition is a treat!

I've reacquainted meself with the Liverpudlian accent, getting the music of it. There's a great documentary on the Scouse accent on YouTube. And of course, Julie Walters and Michael Caine are sublime in the film version. If you're interested, check it out!