Since November 2018, I have been on a very focused healing journey. 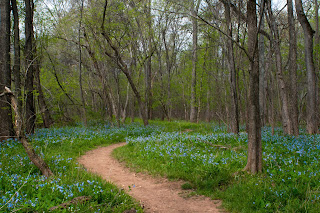 I was diagnosed with a dangerous parasite in my intestines which is usually caused by traveling overseas, but somehow I got it here in the states. The GI doc put me on intense antibiotics which my body had a lot of trouble with. First was ciprofloxacin and then levofloxacin, which is apparently so dangerous that it can cause tendon rupture, permanent nerve damage and exasperate autoimmune diseases. Over 60,000 people have reported being "floxed." It is incredibly dangerous, but I had no idea, because the doctor told me, "Just don't go running, because you could get tendonitis." I'd already had tendonitis when I twisted my ankle in March 2018 but I didn't think much of it. Well, THINK AGAIN.

I started getting tremors. My body would shake, and I'd feel electrical pulses across my face. Finally, I knew I needed to stop taking the drug when I'd have a thought and try to articulate it, but my tongue couldn't match my thoughts. It all came out jarbled, which was scary as hell.

I called the GI doc but he said to "power through it." Luckily my husband said to call our primary physician, and he said to stop the drug immediately. "There's always an alternative," our primary doc said.

He called the GI doc, and they decided on Bactrim, which had just as many warnings, but was the lesser of two evils. It seemed to be ok, but when I finished taking it, I got hives two weeks later, which was a delayed allergic reaction to the drug.

Coming off of both antibiotics, I was still having shakes and I was severely dehydrated. I was drinking like a fish! But my body wasn't retaining the water, and I was so weak. My husband took me to the hospital, and a wonderful woman, Dr. Hercules, hooked me up to an IV which my body sucked up quickly. She said to get on Pedialite right away, so I did.

I felt like I was going insane because my body was so shaky from the antibiotics and I was functioning at 75% of my usual energy. Anyone who knows me knows I move at a hummingbird's pace, but now I was a tortoise. Obviously, my body was trying to tell me to slow down to heal.

I saw so many doctors afterwards! A neurologist checked my brain because I was having what I can only describe as "gaps," and that whole "I'm thinking this but can't say it" was scary as hell. I saw an allergist who confirmed that yes, my symptoms proved I was allergic to both floxacins and sulfas and to list that on any medical paperwork.

I read everything I could about reactions to floxacins or Bactrim, and learned I had been "floxed." This article pretty much saved my life: https://www.hormonesmatter.com/question-doctor-lessons-learned-floxed-cipro/

But the best help came in the form of a recommendation to work with functional medicine practitioner, Victoria Albina. This pic completely shows her energy and enthusiasm for her clients. It's also one of my favorite things she says, "Because Science!" 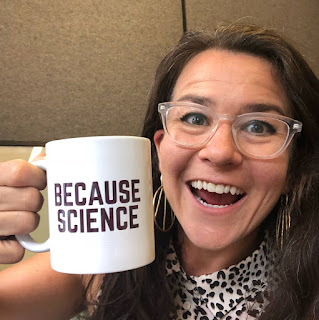 Victoria offers a free 20 minute consultation, so you can gauge if it's a fit for you, and working with her was totally a fit for me. I loved meeting her in person, but she in this time of the coronavirus, I would recommend Zooming with her. Her energy, her presence, immediately comes through.

She is considered out-of-network, but her staff is incredibly helpful with documentation to help you get re-imbursed from your insurance.

Victoria helped me do a strong examination of diet, eliminating all the foods that exasperate the gut (sugar, gluten, alcohol, anything fried) and including healthy fats (coconut oil is my new favorite thing) and more veggies than you can possibly imagine. I also fell in love with squash and learned to listen to my body when it called out for it. 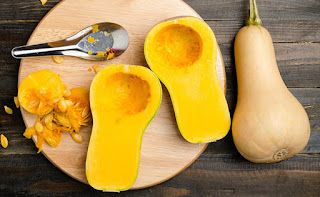 I recognized that my body had been craving coconut and licorice for YEARS, but I'd grab a mounds bar or Twizzlers. Not anymore. Now I know to go for the coconut oil or coconut shavings and yogi licorice tea. 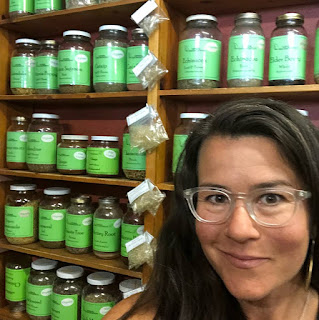 Victoria also prescribed a ton of herbal supplements, including the best vitamins I've ever tried (!) and a kickers probiotic called Megaspore which has totally helped with those weird mental gaps. These supplements have all been helping me to "feel normal" again, and I cannot thank Victoria enough. Truly, she saved my life.

If you wanna catch her vibe, Victoria has an incredible weekly podcast which covers health and mental health, breath work and meditation.

Meditation has been incredibly helpful, as the writer in this post mentions, and I've found Sound Baths to be AMAZINGLY helpful in my healing process.

If you follow Run Child Run on Facebook or Instagram, they do a lot of cool Sound Baths in Brooklyn. I caught a rehearsal for one of them last winter and filmed it for an episode of my webseries, Laura Loves NY:


I have definitely been using these tools in the midst of COVID-19. Staying at home in our little apartment in NY, you gotta use everything at your disposal. And listen to your body.

If you listen strongly enough to your body, it'll tell you what it needs.