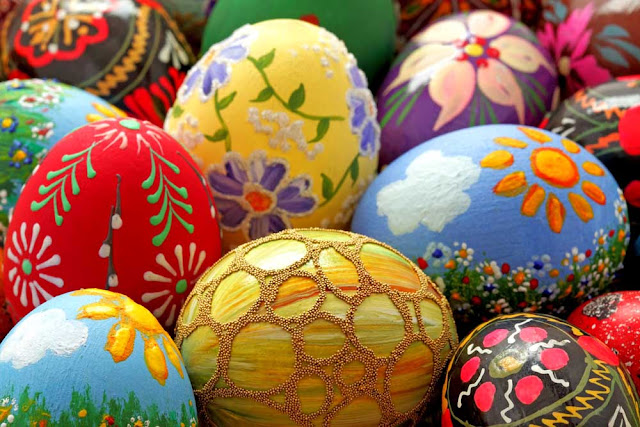 Happy Spring!
Posted by Laura at 7:12 AM No comments:

I have to thank Eileen and Sharon Weiss of Tweiss Productions. 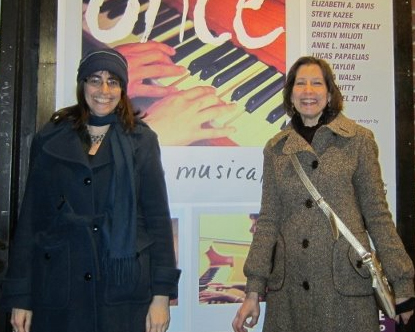 I've been working with these tenacious ladies since Hell's Belles took the stage on at the West End Theatre on 86th Street, and it is always a pleasure to circle up with them. 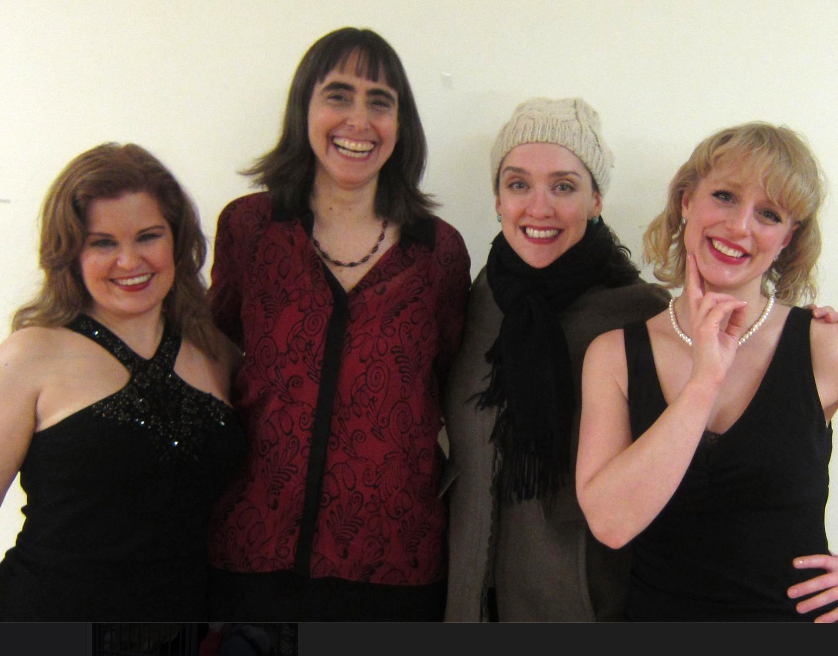 We had a lovely private reading for potential investors last week, and it gave me such a boost to do the show again. Playing larger than life women like Janis Joplin and Judy Garland will do that for a girl, and I'm so thankful to these ladies for giving me the opportunity to do just that! :) 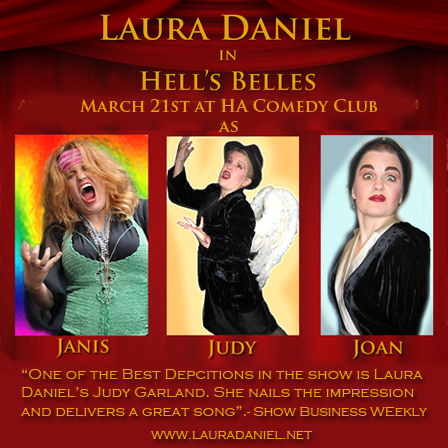 Have you every heard that saying, "Imitation is the sincerest form of flattery"? I'd like to think that applies to some of the acting the work I do, paying homage to Janis Joplin and Judy Garland in the musical "Hell's Belles." I'm doing a concert version of the show this Thursday March 21 at the new HA! Comedy Club. We've done several private performances, garnering support for the show to have an Off Broadway run. It's a lot of fun! 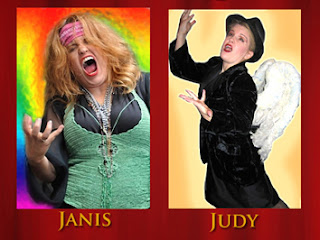 I've studied these ladies in depth, and it's an honor to slip into their guises for a song and a scene. One producer told me he saw Garland's entire career in my performance, and another producer delighted in my unbridled no-holds-barred expression of Janis.

These "imitations" are meant with great respect to the original artists.

However, a friend of mine recently had her work stolen, and that blows me away. She's a writer, and she created The Essential Herbal magazine. This print magazine (she also has PDFs for the digital side) brings together a fantastic community of herbalists, who in turn share their recipes and herbal adventures. Well, someone decided to steal these recipes word for word and re-issue them in an e-book, selling for a hefty fee.

I was furious when I heard about this. How could someone think they could just lift her material and publish it as their own? That is not only incredibly disrespectful but against the law!

Tina, always a class act, is now posting these recipes (with permission from her partners) for free on her blog. 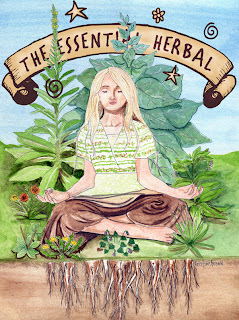 "The truth will out!"

I marvel at Tina and am so glad she's my friend. I love the work she and her sister Maryanne do. We've been friends for a long time since we met at the PA Renaissance Faire. My husband and I were in the acting troupe, and Tina and Maryanne were vendors. It's been a lifelong friendship ever since. 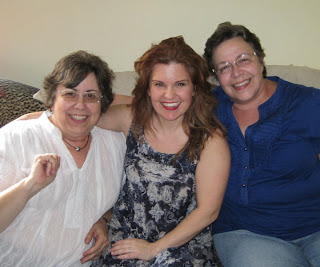 (Maryanne, me, and Tina)

Tina's situation makes me think of something I constantly hear as an actor, which has really begun to resonate with me: "Bring yourself to the table," and to the role, because you are unique. Your experience is unique and informs the work you do. Embrace that!