I have been so fortunate to study with some amazing teachers this year: Heidi Marshall for film & TV, Scott Wojcik and Brette Goldstein for commercials, Seth Weinstein for musical theatre, and I am currently studying with acting coach Susan Aston. Most of them have offered the same advice to all their students: to watch the medium you're trying to break into. For example, with commercials, which commercials do you think you'd be cast in? What's your type and what do you bring to the table that's so utterly uniquely you?

That's applicable to film, TV and theatre as well. By watching performers who are working,  I've gained extra insight.

And doing it - working on scenes, songs and sides - exploring and finding my way in, it's been a blast! I feel stronger with every piece I work on, and auditions have become a welcome experience!

I've also seen some incredible productions this year which have definitely informed my work.

Vanya and Sonia and Masha and Spike ignited a passion for Christopher Durang's plays and Anton Chekov! ;)  The acting, writing, direction, the set! Talk about a master class in comedy! 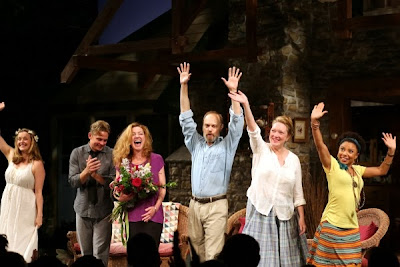 Musical theatre has been my main genre - I recently played Pat the Park Ranger in Sasquatched! The Musical - so I've always got my ear to the ground, so to speak. ;) I saw a lot of new musicals this year and really enjoyed Hands on a Hardbody, though it didn't last long on Broadway. The music, the acting, the story: I was really invested in the characters and their journeys. And the music was a BLAST!

I also saw Pippin, which was everything a Broadway show should be! Andrea Martin. WOW. Her performance HAD to be experienced! 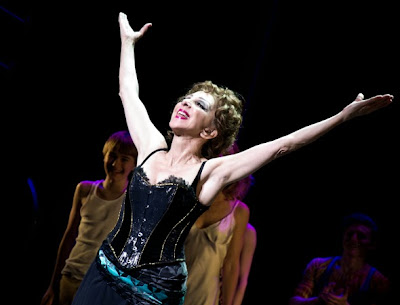 Kinky Boots, Big Fish, Once... It's all been a delicious musical ride! ;)

The last production I saw was Twelfth Night, and it was truly exceptional! All of the actors were such masters of their craft! Mark Rylance earned laughs by simply walking! He has this little jaunty tip toe as Olivia when she was trying to take control of a situation. It was brilliant! But his Olivia was not a clown. She was a very passionate woman, mourning the death of her father and brother, and finding herself falling in love with Cesario / Viola, whose love she needed like a tonic. It was mesmerizing. 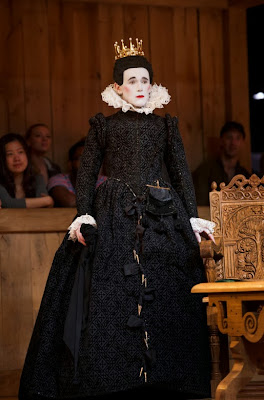 I couldn't believe it was Stephen Fry's Broadway debut. He owned the stage as Malvolio and even played with the audience when a woman gasped during his speech.

And Samuel Barnett's Voila (below left) was so gorgeously heartfelt. The way he held himself as this character - I truly saw her! 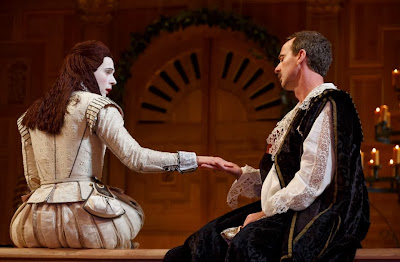 I am so thankful to live in NY, to be surrounded by master craftsmen and women who are so inspiring! And I am so thankful to my friends and family who encourage me to keep living the dream! I've had so many moments this year that have made me feel like my dreams are coming true, and it's thrilling!
Posted by Laura at 6:41 PM No comments: Links to this post

Actually, I am! I'm involved in so many expansive projects, including prep for auditions and classes.

Last week, I met with a scene partner for a new acting class. We both brought along lots of possible plays and decided to do a scene from The Performers.

On Saturday, I worked with Kara Herold on her new experimental film, 39 and 1/2, which was wild, because we used to do plays and make movies together in our back yards when we were 8 years old. It was definitely a blast from the past!

On Sunday, I worked on music with Seth Weinstein for upcoming auditions. And I'm in the midst of building a character for an improv show called Petunia's Coffee House (think Pee Wee's Playhouse, but run by lesbians).

It's a wild time, and I'm having a ball! Feels like an artistic explosion! Boom! 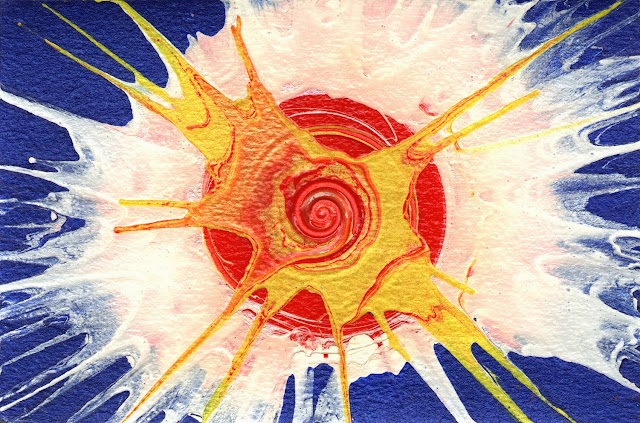 Posted by Laura at 2:08 PM No comments: Links to this post