This is Pride Week, and I will be performing in a reading of Joe Gulla's play, "Sleeping With The Fish" at the LGBT Community Center on Wed. June 22 at 8 PM. It's a charming play about 2 mobsters in love. Directed by Brian Rardin, I play an observer of the tale (pun intended). :) 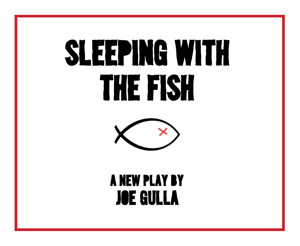 With everything that's happened in Orlando, it's important to bring gay characters' stories to life, and I have been fortunate to do that over the years.

I was honored to play Jeanine, The Singing Nun in the NYMF production of "The Tragic and Horrible Life of the Singing Nun," composed by Obie winner Andy Monroe based on the play by Blair Fell. 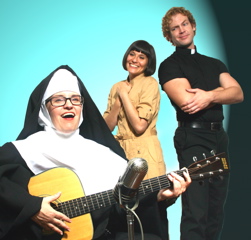 She wrote the 60's hit "Dominique," and then left the convent to be with her lover, Annie Pecher (the real couple below). 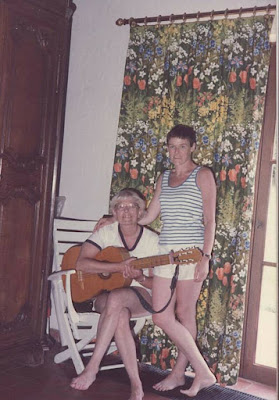 They might have lived a happy life together had the Belgium government not hounded her for $63,000 of back taxes, owing to the success of "Dominique." She had taken a vow of poverty as a nun, and when she left, she had nothing. The church didn't help her, and after years of decline, she and Annie sadly took their lives in a suicide pact. 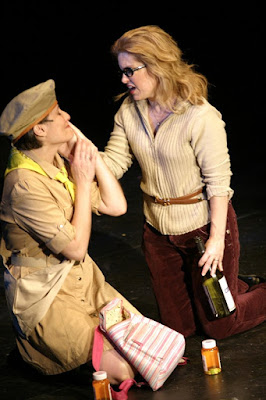 Tracey Gilbert was my Annie (on left above and below), and we "ended" with a kiss. 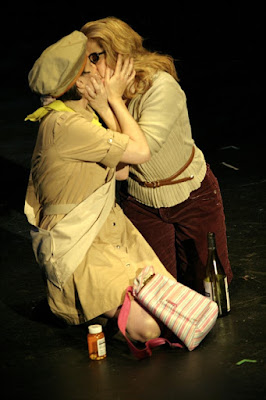 I wonder if their story would've changed today with support from the LGBT community.

I also recently played Darlene, a rock n roll ex-lover of the title character in Petunia's Coffee House, an improv-based lesbian love triangle with karaoke. Dar was one of my favorite creations, a no-holds-barred, live-out-loud motorocycle mama with a penchant for Melissa Ethridge, Stevie Nicks, and tequila. 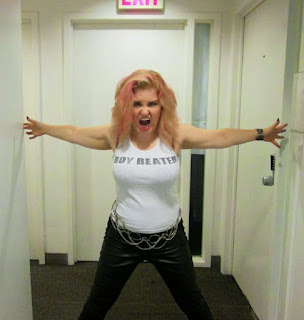 She's partially based on the amazing brigade of Dykes on Bikes, whom I first saw at my first Pride Parade in NYC. They usually open the parade, many of them bare-chested, and they are AWESOME! 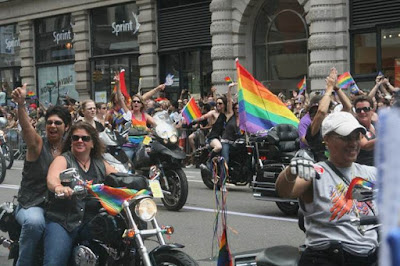 Hoping to visit Dar and Petunia again at a comedy club near you. ;)

Wherever you are during Pride Week, be loud and proud and LOVE, LOVE, LOVE!

The shooting in Orlando still has me rattled. It was such a horrible event, and I keep thinking of  everyone marked by this tragedy. 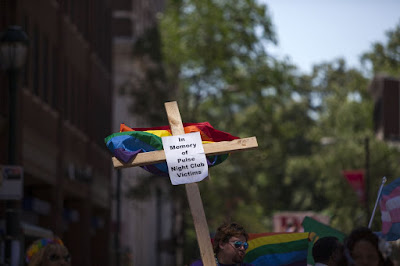 I think of  Brenda Lee Marquez McCool, who was "the mom of Pulse," dancing there with her son and then shielding him with her body. She died protecting him.

And so many others. it's heart-breaking!

Being in the theatre, I've always had gay friends. and we've always celebrated our journeys together. I still get together with my tribe every month at one of our favorite gay clubs. It's a place where we can all be who we really are, who we are meant to be. It's a safe place.

This MUST stop. We can't allow this to continue. We must take care of each other.

The Huffington Post wrote an article about "how to help." And while the Senate has voted down measures concerning gun control, I'm not going to stop fighting to make this a better world for our friends, family and children. I hope you will too.