This is my favorite time of year. Truly, Halloween has always been right up there with Christmas. I think it's because I'm a big kid at heart! 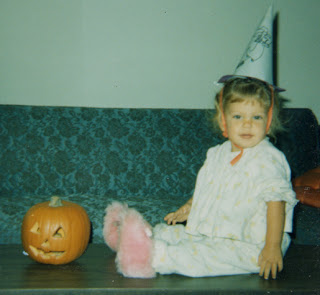 My folks have always encouraged my creativity, and Halloween was just part it. They would safely escort my brother and I and several of our friends on trick-or-treating expeditions. 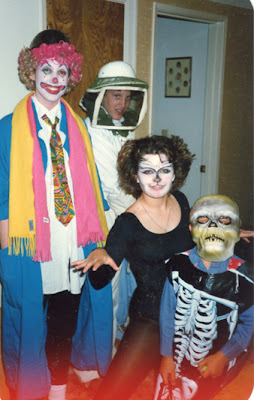 My mom was great with costumes. I'd raid her closet or hit the thrift store, and we'd come up with all sorts of wonderful ideas. I've been several cats, witches, gypsies, princesses, including Princess Leia, Cleopatra, Wonder Woman, a punk rocker, and I've continued the tradition as I've "grown up." 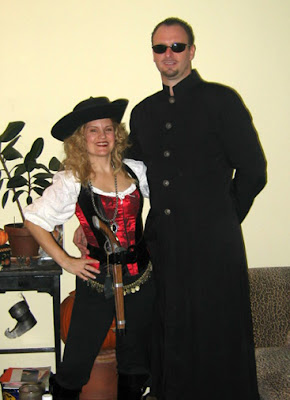 Luckily, my husband loves this holiday too. 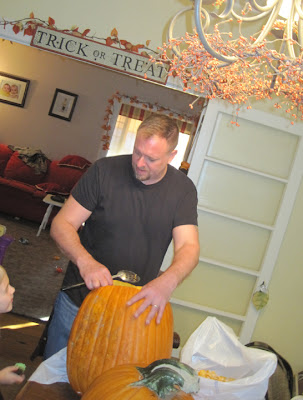 Last weekend we went to a pumpkin patch in PA and carved pumpkins with our niece and nephews. 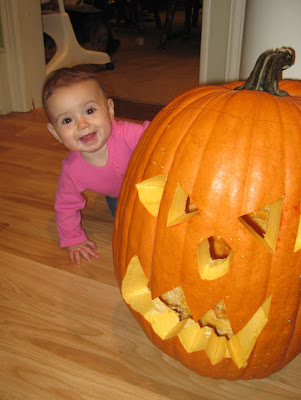 Seeing the delight these kids have for this time of year reminds me of when I was a kid, and I'm so thrilled to be sharing this life-ride with them.

Hope your Halloween is very happy indeed!
Posted by Laura at 6:38 PM No comments:

Last night, as I was cabbing it past Radio City, I was thinking, What a cool week it's been already! 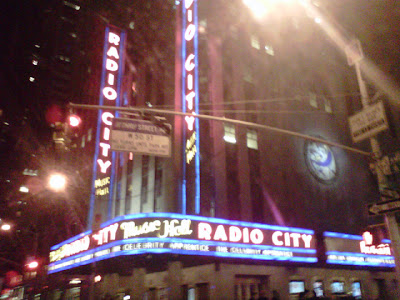 On Sunday, I performed in a reading of a new musical based on the book, How to Marry a Divorced Man, and it was an absolute blast! The reading was for TRU, or Theatre Resources Unlimited, and it was held at The Players Theatre in The Village. 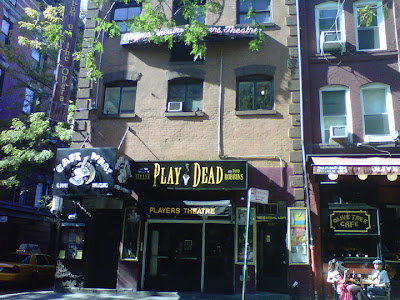 I've auditioned for productions there before, and so it was a real treat to perform there. There's just something so artst about The Village. It just oozes art! ;)

For this show, I played Glenda, an ex-punk-rocker known as Betty Black, and her "ex" is the Divorced Man of the show's title. Glenda is a wonderful second banana type character, and I had a blast playing her. The "punk rock ballad dedicated to my ex" in the 2nd Act was particularly thrilling because it was like a mini rock concert. FUN! 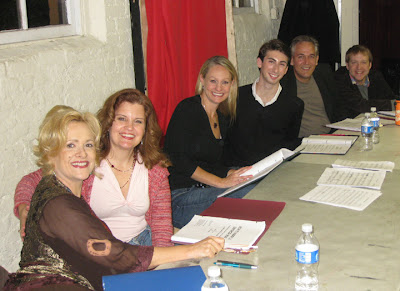 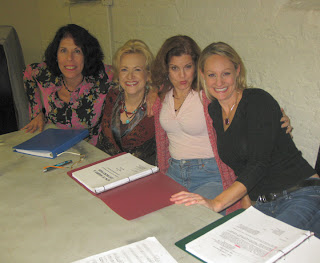 Clare Cooper (far left) composed the delicious pop-rock tunes that I still can't get out of my head! Bryan D. Leys adapted the novel, and Leslie Fram, the author of the novel, made a surprise appearance at the reading. It was a great pleasure to meet her, and a true delight to work with Bryan, Clare, and the sisters of Tweiss Productions once again.

And then last night, I got to perform a scene from the one-woman show Bad Dates for the playwright, Theresa Rebeck. I've been taking a scene study class with Alaine Alldaffer at One on One Productions, and that was the cherry on the cake. I love Ms. Rebeck's plays, and it was a thrill to perform her work! I also loved supporting my fellow actors and classmates who did scenes from Ms. Rebeck's other plays. It was a really great night of theatre all around!

Make that TWO great nights of theatre in 2 days! :)

I'm doing a reading of a new musical tomorrow. It's called "How to Marry a Divorced Man," and it's by the same writer and producers of the musical Hell's Belles, in which I played Judy Garland and Janis Joplin at HA! Comedy Club this past May. 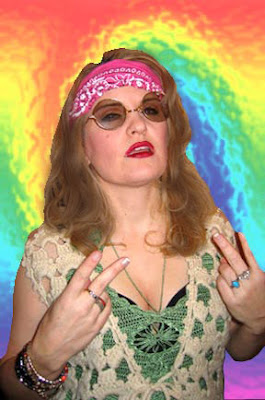 The reading tomorrow is for potential producers, and it's at The Players Theatre in the West Village. I'm excited to be a part of it. I play an ex-punk-rocker named Glenda, who's now a mother, trying to revive her punk-rock career. Hilarity ensues, of course, and I'm ready to unleash that wild side! ;)
Posted by Laura at 5:34 PM No comments:

Last week started so beautifully. Yes, it rained. And rained. But in the midst of the rain, I was recording some beautiful music for The Victor Herbert Project at the Academy of Arts and Letters.

I'd never been to the Academy before, and it's in an older part of northern Manhattan. So there I was, dressed in a pencil skirt, blouse and heels, trekking through the pouring rain to sing a beautiful song with some lovely ladies in a gorgeous concert hall.

I had to laugh at my choice of attire as I turned onto the semi-cobblestone walkway that led to the side door of the theatre. But somehow I managed to make it through the rain without getting my stillettos stuck in the old stone walkway. 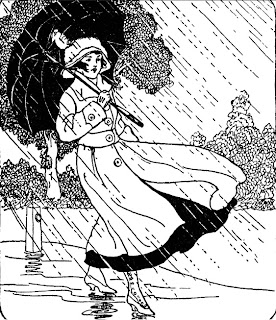 Once inside the Academy, it was dry and warm, and I was delighted to see my friend, Larry Moore, whom I worked with on The Tragic and Horrible Life of the Singing Nun. Larry was the orchestrator for "Nun," and it was the beginning of a beautiful friendship.

I've done quite a few demo recordings since Nun, playing everything from a mouse who wants to be a flower-girl (Lilly's Big Day) to a hard-core Janis Joplin rocker and Judy Garland herself (in Hell's Belles). 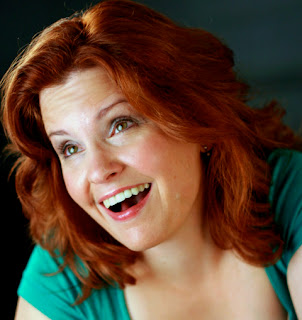 Most recently, I worked with Andy Monroe on a song from The Singing Nun as well as a delightful duet from his new musical, Sally Peaches. It's about a girl who tries online dating to meet a guy, but she uses her best friend's picture instead of her own. It's a very cute piece, and I had a blast recording it with Zach Berger. The song and scene are on my website. It's called My Best Friend. Hope you dig it!

All of these recordings have been in studios, so it was a neat surprise to record the Victor Herbert song in the Academy's gorgeous concert hall. The sound was stupendous! There were 4 women, including me, and the lead soprano who's currently playing Christine in Phantom of the Opera on Broadway. 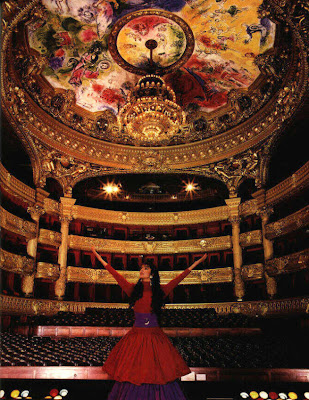 That was one of the first shows I saw when I came to New York, so I found it wonderfully ironic that there I was, singing with the actress who plays Christine, working with all these incredibly talented people, our voices bouncing off the walls, and getting paid to do it!

It was an absolute delight!
Posted by Laura at 6:41 PM 2 comments:

Recording a song tomorrow for what I have dubbed, "The Victor Herbert Project," and I'm working with some out of this world amazingly talented people. I'm talking people whom I've admired for years! Just blown away by this opportunity to join them in song!

Then I dive into Theresa Rebeck's play, "Bad Dates." It's a fave of mine, and I'm so thrilled to get to immerse myself in it again, to "hear" this character and bring her to life.

I'm doing a scene from this one woman show for a showcase of Ms. Rebeck's work, and it's a tad challenging to choose just one section, because the whole play is such a delicious treat! But I realize that choosing any section of it is like cutting a piece of pie. It's ALL good! 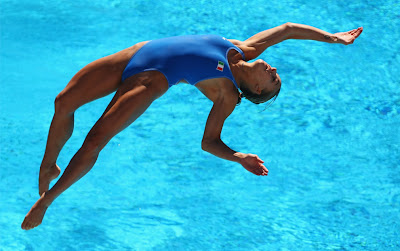