Looking back to look ahead

My friend, Tina, always reminds me to take a look at what I've accomplished over the year, and this one has been lush with artistic adventures and financial rewards. I am very thankful, especially since some of these gigs have already propelled me into new bookings for 2018.

It all started with Dear Evan Hansen. My friend, Wendy, was bringing her family to the city for the first time, and asked if I'd like to go to a show with them. "Of course!" I said. And she asked for recommendations, so I sent her some info about Dear Evan Hansen. This was at the start of the New Year, so it hadn't become as difficult to get to tickets. Well, Wendy knew one of the actresses in it:  Kristolyn Lloyd, who played Alana, so that sealed the deal! 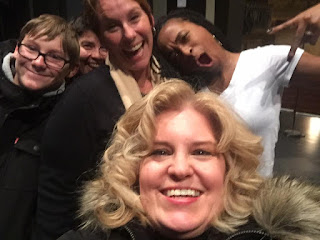 In the midst of this, I was called in for Truvy in Steel Magnolias for Stomping Ground Theatre Company in NYC. When I got the callback, I had to ask to leave early so I could make the 7 PM curtain for Dear Evan Hansen. The director, Angela Shultz, was fantastically understanding, as she was going to see the show the week after callbacks. So I did my scene and then dashed off to the theatre.

After seeing Dear Evan Hansen, which was amazing, we went backstage and then onstage to meet Kristolyn. She was marvelous, and Wendy told her how I was in callbacks for Steel Magnolias, so we were all in the biz! It was an incredible night, to say the least.

And I booked Steel Magnolias. :) 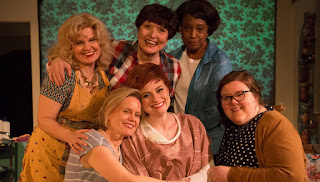 After that, the year flew! I did an interview with Indie Activity, guest-starred on The Mike Jones Show, made my debut at Signature Theatre, one of my favorite Off Broadway theatres. I got to revisit Pat the Park Ranger for a professional recording of The Park Ranger song from Sasquatched the Musical! for composers Darg & Rayne. And I revisited The Singing Nun for producer George DeMarco's birthday concert!

I also re-teamed with Kristen Penner and Lorelei MacKenzie, writers of Pageant Princess, for a reading of a much more serious pop musical about identity called, "Pieces." I got to sing, "Move On," from Sunday in the Park with George for Stomping Ground's cabaret, Perspectives, and I was called back 3 times and put "on avail" for a commercial! Woo!

I booked the role of Joey in the web series, Human Telegraphs (coming out next year), played Linus' therapist in It's The Pumpkin Part 2 by the fabulous playwright, Joe Gulla, and started filming fun bits and pieces with sketch friends.

My most recent project is, Laura Loves NY, which was inspired by my friend, Tina, who said she wanted to see some of my adventures in the city. I recently filmed with PLANT star, Liz Days (Plant The Second Coming is on Amazon!), and she showed me around Bryant Park. Liz is hilarious, and I can't wait to go adventuring with her and many other Manhattanites in 2018!


Looking forward to the next adventure! I already have some gigs in the hopper, so there's good things coming!

... in a desert town far, far away, I grew up wielding light sabers and traveling in imaginary spaceships with my cat, Spookie, who reluctantly filled the furry slippers of a Wookie. 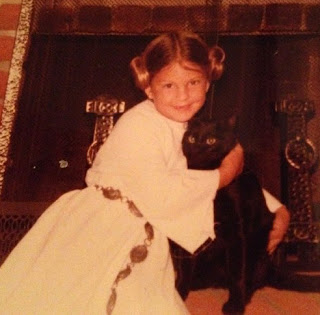 I'll always be glad my dad was a sci-fi nut and took our family to the drive-in to see Star Wars that Summer of '77. At $2 a car, we went and saw this movie to the point where I could quote it. I even got the record and jammies that Christmas: So every time a new episode comes out for Star Wars, that 8 year old version of me does a happy dance and gets ready to join the battle of Good vs. Evil. 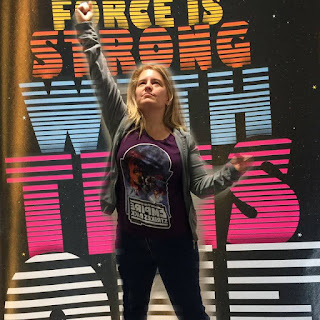 May The Force be with you. Always.