One of the things I love about New York is that it's a melting pot of cultures and film festivals. :) So when I was asked to interview director Livi Zheng at the New York premiere for her beautiful documentary, Bali: Beats of Paradise, I was SO psyched! 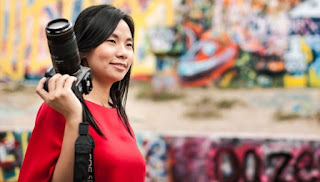 The film is GORGEOUS! It's about a Balinese performer-dancer-musician, Nyoman Wenten, who teaches gamelan in Southern CA where I grew up! Talk about a wild connection. 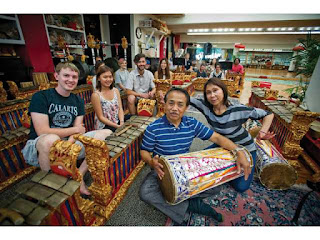 The film also shows how Wenten collaborated with Grammy Award winner, Judith Hill, to bring Balinese music and dance into the modern world. 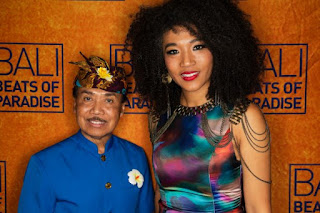 Judith Hill is a fabulous singer-songwriter in her own right, and their collaboration is delicious!

I was fortunate to interview Judith at the New York Premiere as well, and she shared some behind-the-scenes stories on learning the Balinese dance for her music video, Queen of the Hill.

I also met American composer Jody Diamond who's been teaching gamelan and arranging for this ensemble of instruments and artists for almost 50 years! She had awesome stories about Lou Harrison whom she worked with in Joshua Tree, and she told me how the instruments "found" her when she was a college student, and that a chance encounter where the instrument "played her" became a lifelong profession.

Catch all this gorgeousness in my web series, Laura Loves NY:


Bali: Beats of Paradise is currently playing in theatres in New York and LA, and I hope you'll treat yourself to this beautiful film! It'll leave you breathlessly inspired!
Posted by Laura at 2:52 PM